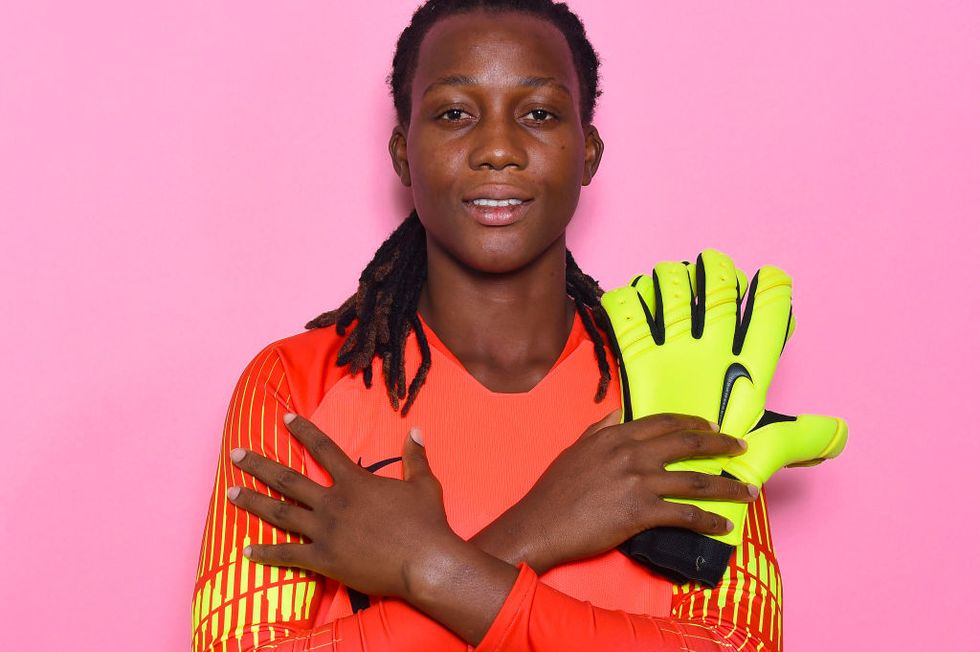 The youngest goalkeeper to keep a clean sheet at the Women's World Cup 👏🏾👏🏾👏🏾.

The Super Falcons earned their first victory at the 2019 Women's World Cup yesterday with a 2-0 win over South Korea.

It was a necessary second game win for the Nigerian team, after suffering a loss to Norway in their first match-up. The goals against South Korea came from an own-goal and a wonderful show of pace and strength from 24-year-old Nigerian forward, Asisat Oshoala.

But, there was another star of the match: Nigerian goalkeeper Chiamaka Nnadozie.

After the defeat against Norway, Nigerian coach Thomas Dennerby opted to replace the veteran goalie Tochukwu Oluehi with the new youngster, who at only 18-years-old became the youngest keeper to keep a clean sheet at the Women's World Cup, according to the popular football stats page OptaJoe.

Nnadozie stepped up and made some essential saves during the game to keep the South Korean team at bay. There was only one instance where her clean sheet may have gotten lost, a play in which a South Korean goal was ruled offside.

The 2-0 win puts the Super Falcons in good form as they prepare to face the hosts France in their final group stage match.

OptaJoe also notes that, with their win over South Korea, the Nigerian team become the first ever African side to win their second group stage game at a Women's World cup.

Congrats Nnadozie and the Super Falcons!

1 – Nigeria have become the first African side in Women’s World Cup history to win their second group game at the t… https://t.co/mQRwuEZPSW
— OptaJoe (@OptaJoe) 1560351417.0