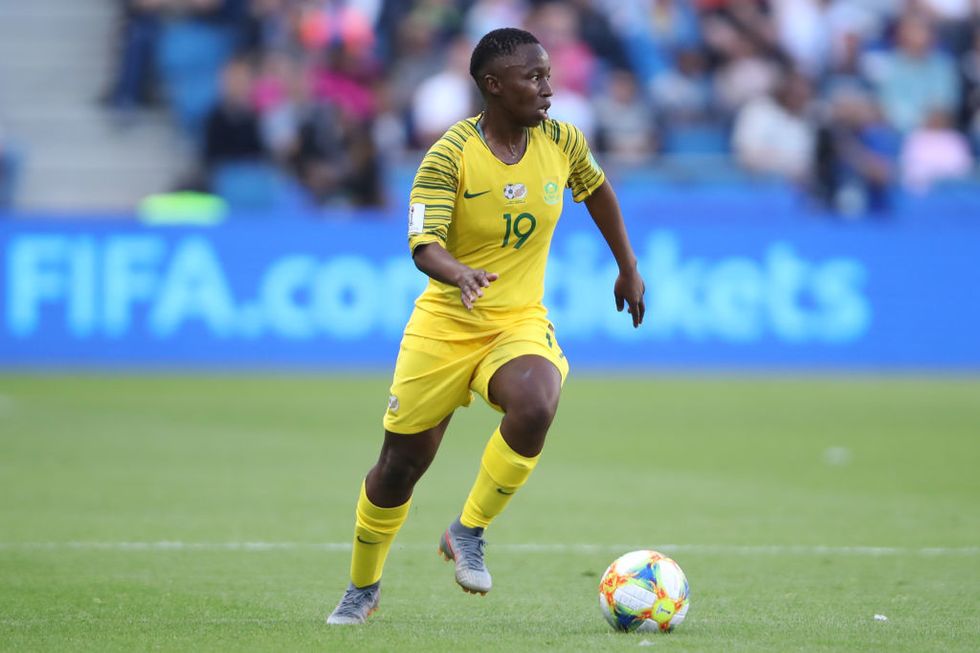 The FIFA Women's World Cup 2019 kicked off last Friday with this year's host, France, thumping in a decisive win over South Korea.

This Women's World Cup is hosting three African teams as they compete for the big trophy: South Africa's Banyana Banyana, who are in the Women's World Cup for the first time ever, Nigeria's Super Falcons and Cameroon's Indomitable Lionesses.

The first round of the WWC is done later today and we've got the best videos, goals, and highlights for you to check out below.

Keep checking back for more updates as the Women's World Cup 2019 goes on.

Cameroon's Gabrielle Onguene tied the game against Netherlands with a beautiful run and header set to beat the keeper and get herself clear on goal. It was a stylish finish from the Cameroonian striker. Despite the goal the Netherlands would go on to win 3-1.

Nigerian goalkeeper Chiamaka Nnadozie, at only 18-years-old, became the youngest keeper to keep a clean sheet at the Women's World Cup, according to the popular football stats page OptaJoe. After the defeat against Norway, Nigerian coach Thomas Dennerby opted to replace the veteran goalie Tochukwu Oluehi with the new youngster, who stepped up and made some essential saves during the game to keep the South Korean team at bay.

You're going to want to watch Asisat Oshoala convert this #NGA goal from an impossible angle again, and again, and… https://t.co/yDq13QPoKD
— Yahoo Soccer (@Yahoo Soccer) 1560351159.0

The Nigerian women's national team just earned their first 2019 World Cup win against South Korea. After suffering a loss to Norway during their first match over the weekend, the Super Falcons won 2-0 against the South Korean team in a Group A face-off on Wednesday. They earned their first goal after South Korea's Kim Do-yeon scored an own-goal, putting Nigeria in the lead in the game's first half. The winning goal was scored by 24-year-old Nigerian forward and former Liverpool player, Asisat Oshoalawho led a skillfull counter-attack to claim the win for Nigeria.

The Indomitable Lionesses vs Canada

Cameroon also had a bad start to the Women's World Cup as they lost 1-0 to the Canadian team due to a powerful header. The team showed their fighting spirit however and will be coming back strong against The Netherlands and New Zealand.

Full highlights of Cameroon vs Canada above.

The Super Falcons vs Norway

Nigeria didn't have a great start to the Women's World Cup as they were handed a 3-0 loss to Norway, which included an unfortunate own goal. All of Norway's goals came in the first half. The Super Falcons didn't stop fighting, though, throughout the rest of the game and will look to turn things around as they take on South Korea and France.

The South African team had their first match again Spain and quickly scored their first ever Women's World Cup goal in style. Striker and leading Banyana Banyana scorer in qualifying, Thembi Kgatlana, let off a perfect shot to the top right corner to defeat the Spanish keeper. It was a thing of beauty. Unfortunately, the team suffered a 3-1 defeat caused by two penalty kicks and a red card.

Even before the competition started the South African team was trending worldwide for their epic entrance to the Women's World Cup. It's hard not to get into the video above.