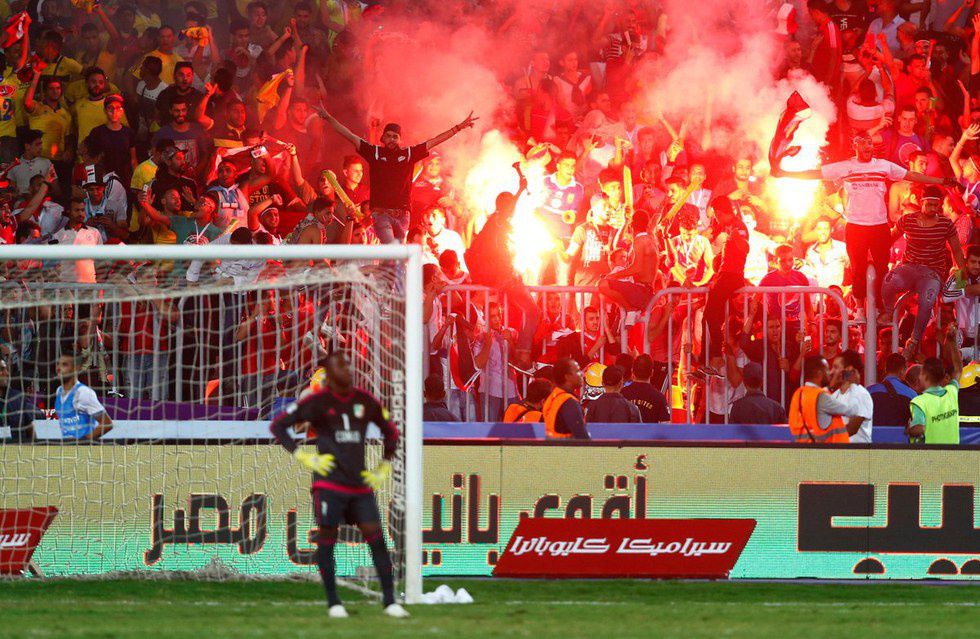 The groups for Russia 2018 have been drawn in Moscow.

The 2018 World Cup is quickly coming up—and it couldn't arrive any faster.

Today, the group's for Russia 2018 have been selected at a ceremony Moscow in which the World Cup mascot was also revealed.

The Confederation of African Football (CAF) teams in the competition are Nigeria, Egypt, Morocco, Tunisia, and Senegal.

Egypt has landed in Group A alongside the hosts, Russia, and a tough opponent in Luis Suarez' Uruguay.

Morocco has a challenge ahead of itself as they'll have to go through Spain and Portugal in Group B to make it to the next round.

Tunisia is in Group G alongside Belgium, England and Panama.

And Senegal is in Group H with Colombia, Japan and Poland.

Oh, and about that new World Cup mascot, its called Zabivaka, which means "the one who scores" in Russian, a wolf who "radiates fun, charm, and confidence," as FIFA describes.