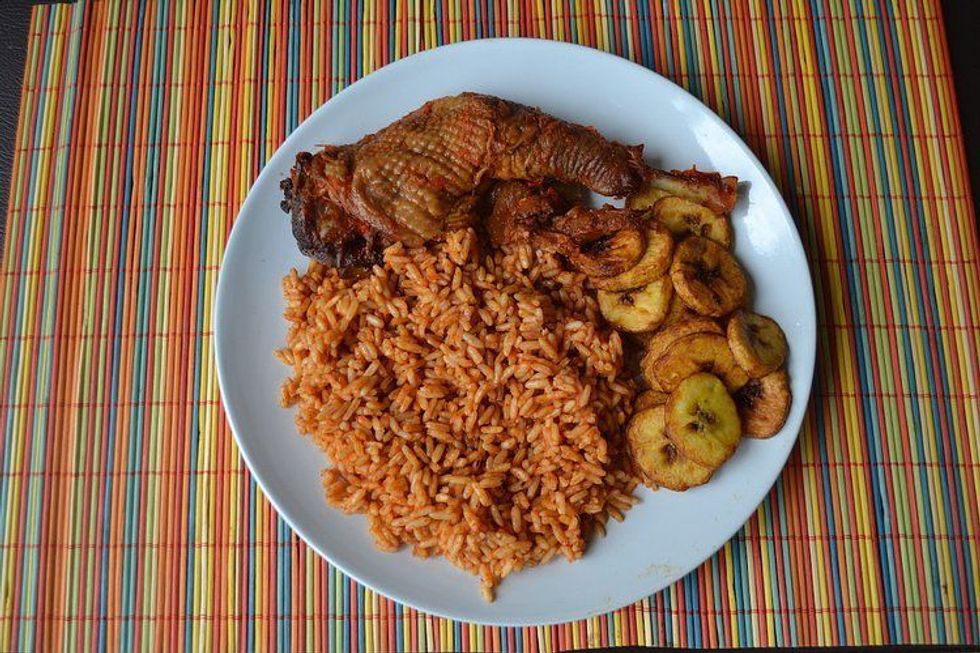 On #WorldJollofDay people are celebrating the beauty of the classic West African dish.

There's arguably no food more deserving of its own day than our beloved jollof rice, and today, August 22, is that day.

On World Jollof Rice Day, folks around the world, who've been touched by the flavorful wonder that is the cherished West African dish, are celebrating its existence in a number of ways.

Some are heading to mom and dad's kitchen for a jam-packed plate of jollof with a side of chicken and plantain, others are at  their favorite restaurants—perhaps enjoying it with some beef stew—and others are simply sharing their love and appreciation for the dish through expressive social media statuses.

Also, somewhere in the world, at this very moment, there's a jollof war going down between a  Nigerian and Ghanaian over which country's rice is superior. A Senegalese person is watching the whole thing and rightfully rolling their eyes.

No matter what background you like your jollof rice to possess, there's one thing we can all agree on: jollof rice is life. And though, it's often the center of heated national debates, it's also a unifying culutral staple that brings us together under its mouthwatering goodness. Yes, jolly rice is that big of a deal.

As you sit and reflect on all that jollof rice has done for you, read some of what people on social media are saying about the classic meal on #WorldJollofRiceDay.

Today is #WorldJollofRiceDay so breakfast, lunch and dinner are sorted. pic.twitter.com/YybV3v3Vdm

In honor of #WorldJollofRiceDay, we encourage you to recognize you deserve better... pic.twitter.com/aW6UVklGFV

Me: Mum it's #WorldJollofRiceDay and you made Amala and Ewedu? I'm not eating sef!

Dear Jollof Rice, you have been a companion and a friend since the day i was born..

I think the real question is which country makes the best fufu. #WorldJollofRiceDay

"If anyone says you eat too much Jollof, cut them from your life. You don't need that kind of negativity" 😃 Happy #worldjollofdaypic.twitter.com/50sArlvcWt

My reaction when mum gives my jollof rice to her visitor and tells me to make eba.#worldjollofdaypic.twitter.com/tdfNFRwvcp

Let us appreciate the awesomeness that is Jollof rice

It's World Jollof Day. Let Us Appreciate This Beauty 😍 pic.twitter.com/D4uHYPpepd