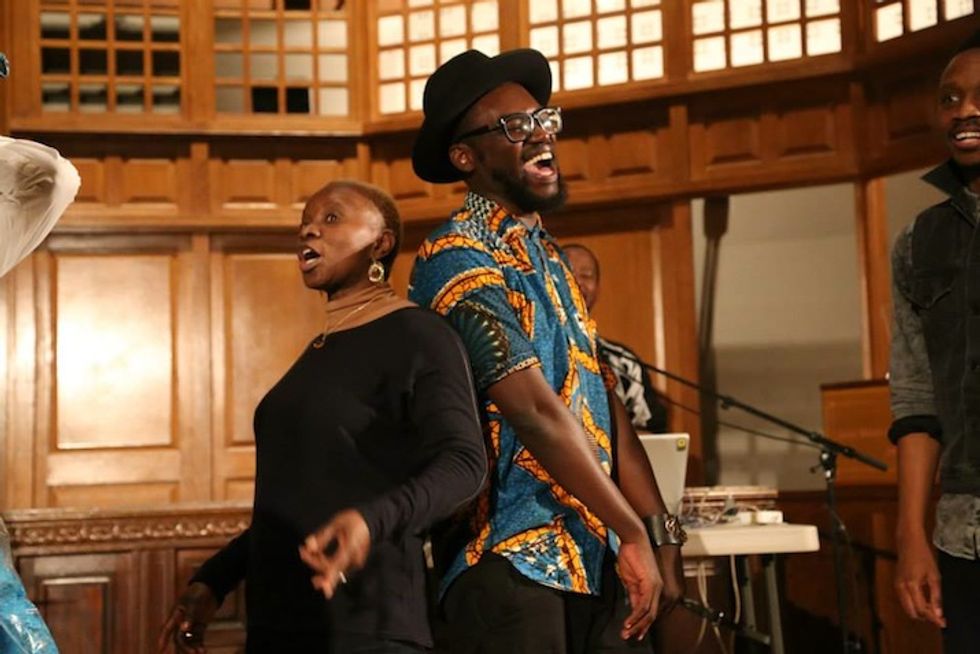 The SALON packed Yale’s Afro-American Cultural Center for two days of conversations with emerging and established artists from the continent and diaspora, topped off with a concert and after party. Attendees heard thinkers and practicing artists go head-to-head on topics like “The African Imagination and the Western Market,” a discussion on the role of Western validation in the production of contemporary African literature. Bibi Bakare-Yusuf, founder of progressive Nigerian publishing house Cassava Republic Press and a 2012 Yale World Fellow, led the discussion joined by Commonwealth Prize-winning writer and columnistAdaobi Tricia Nwaubani and Kenyan writer Ivy Nyayieka, who was one of several "Yale Artists to Watch" (a distinction we created for the salon).

More than 200 people filled Yale’s grand and cavernous Battell Chapel for the main concert. Ghanaian-Canadian musician Kae Sun opened the show and had the crowd on its feet with his most recent song “l o n g w a l k” and a few older favorites. Next up was FELA aKUsTIc, the new project from Fela! star Sahr Ngaujah and Ricky Quinones, who delivered stripped-down yet fervent reinterpretation of classic Kuti. South African-born rapper Jean Grae had the audience joining in on perhaps the first soul train line the chapel had ever seen. Kenyan headliners Just A Band brought Grae’s house party energy to the next level with their signature blend of house, funk and disco. Their set also included a brand new track, “Ambapo,” which may have hinted a new sound for the band.

The show ended with a surprise superwoman-powered finale featuring two unexpected guests: Angeliqué Kidjo and Shingai Shoniwa, the Zimbabwean-British frontwoman of rock outfit The Noisettes. The two joined Just A Band, Jean Grae, Sahr, and Kae Sun on stage for a cover of Fela’s “Lady.”

AFRICA SALON will be back at Yale in 2016. Find out more over here.