Yasiin Bey Announces the Final U.S. Shows of His Career 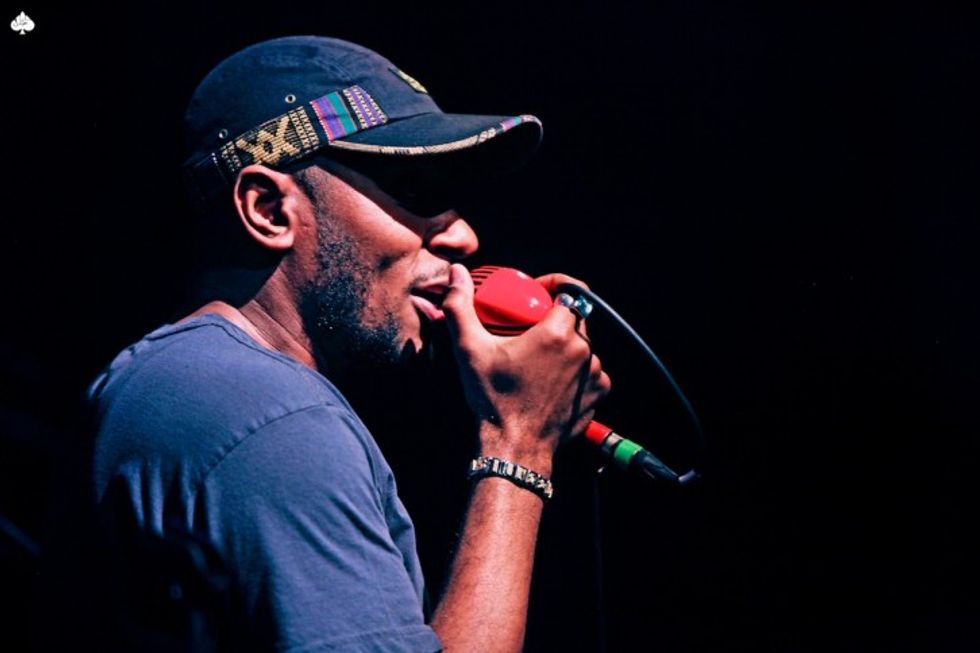 Yasiin Bey is partnering with the legendary Apollo Theater and John F. Kennedy Center for the Performing Arts to present his final U.S. performances.

Now, the artist formerly known as Mos Def has revealed the final U.S. show dates of his career. Billboard reports that the rapper/actor is partnering with the Apollo Theater and The John F. Kennedy Center for the Performing Arts to present his final U.S. performances. The special engagements will begin with a December 21st show at the legendary Harlem venue, followed by a New Year's Eve celebratory run from December 31st through January 2nd, 2017 at the Kennedy Center in Washington, D.C.

Every show will offer a unique musical experience for audiences, a press release points out, with Bey performing songs from a different album each night, including The New Danger, True Magic, The Ecstatic and Black on Both Sides, alongside new material. Each performance will also feature special guest appearances by artists who have been instrumental throughout Bey's career.

The Kennedy Center shows will be highlighted by a post-show party in the venue’s Grand Foyer. Bey's own artwork, as well as other artists in Bey's and Ferrari Sheppard's A Country Called Earth collective, will be anonymously displayed at both venues.

“We’re so excited to collaborate with the Kennedy Center on what will be a milestone moment in not only hip-hop history but also in popular culture,” the Apollo's executive producer, Kamilah Forbes, said in a statement.

A press release also reveals that, following the performances, "Bey will venture to Africa to focus on his arts, culture, and lifestyle collective A Country Called Earth (ACCE)," adding that he'll continue to pursue his newly-formed passions as a painter.

Tickets to the Apollo show go on sale to the general public on Friday, December 2nd, at 12pm EST. An online ticket pre-sale will be offered to the Apollo's "A-list" email list beginning Tuesday, November 29th, at 12pm EST. You can sign up for the A-list at apollotheater.org.