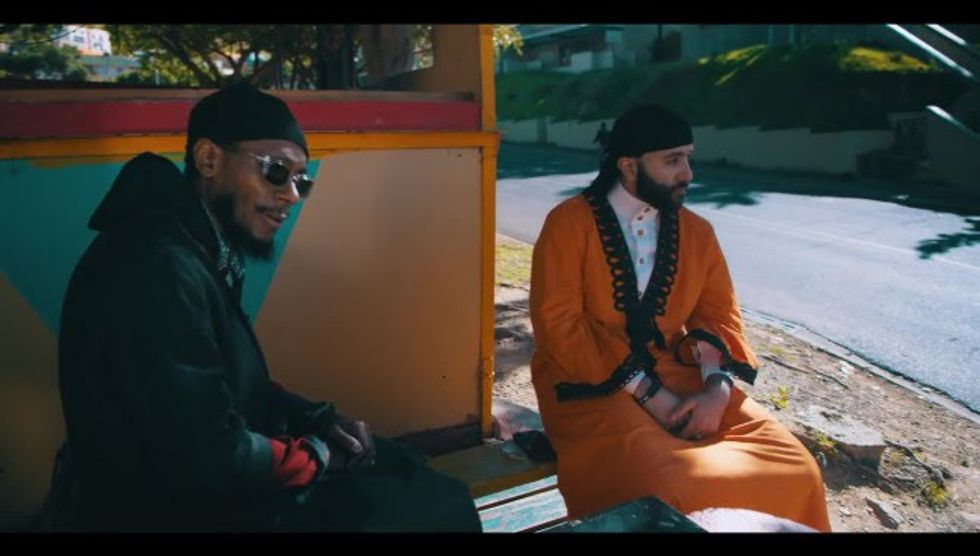 Watch Yasiin Bey escape out of Cape Town, where he's been "unjustly detained," in the new music video for A Tribe Called Red's "R.E.D."

Yasiin Bey and Narcy star in "R.E.D.," a new music video for A Tribe Called Red's upcoming album We Are The Halluci Nation.

The Narcy-directed visuals tell the story of the emergence of the Halluci Nation, according to the band, and follow Bey as he escapes out of Cape Town, where he's been "unjustly detained."

It all closely mirrors Bey's own real life immigration problems.

Director Narcy adds: "This time capsule and visual to R.E.D. is about one man finding himself, and reconnecting with Planet Earth. As an emissary of the Halluci Nation, I arrive to guide him back to himself, so he can find us again. It is the story of breaking ground, finding light and faith. It is about the power of our ancestors and the power of us. It is the beginning. The Callers of Names want us to forget, but we know where we are from. And we know where we are headed. For Kanata. For Africa. For Arabia."