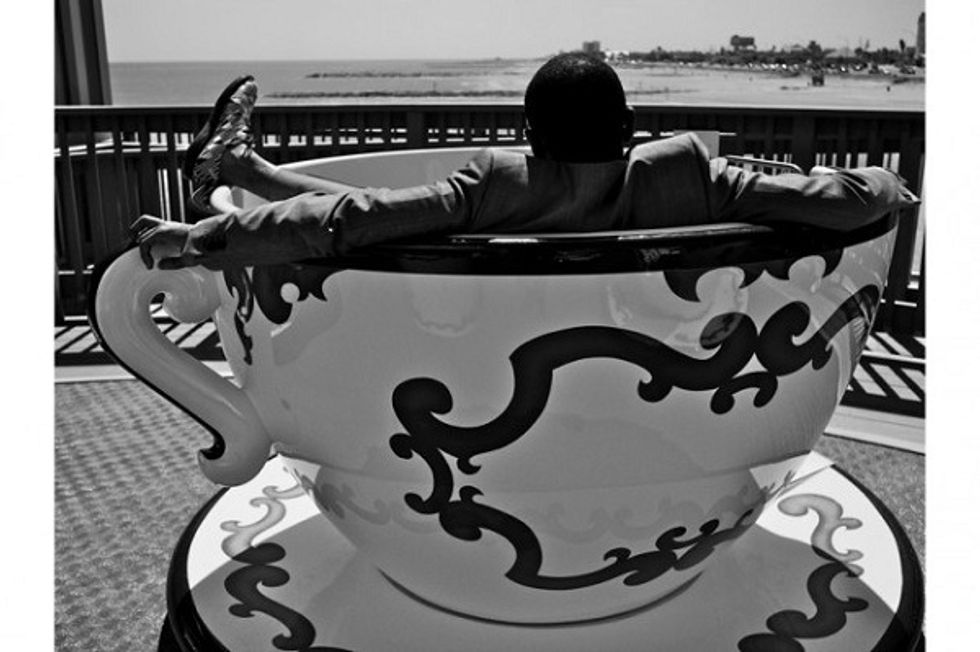 Adrien Sauvage recently featured striking black and white portraits series of the renowned artist Yasiin Bey (formerly Mos Def). An English fashion designer, director and photographer of Akan descent, Sauvage attracted international attention with his short film This Is Not A Suit, released in 2011 and nominated for the official selection into the 2011 Sundance Film Festival. He photographed hip-hop icon Yassin Bey with garments from his 2012 Autumn Winter Collection on the road from New Orleans to Houston, avoiding Hurricane Isaac. The shoot is all about showcasing the artist expressing himself while he is wearing a suit, with no directorial interference. Despite a strong personality from his model, Sauvage succeeded in keeping a loyal distance which doesn't deprive the spectator of his freedom of perception.