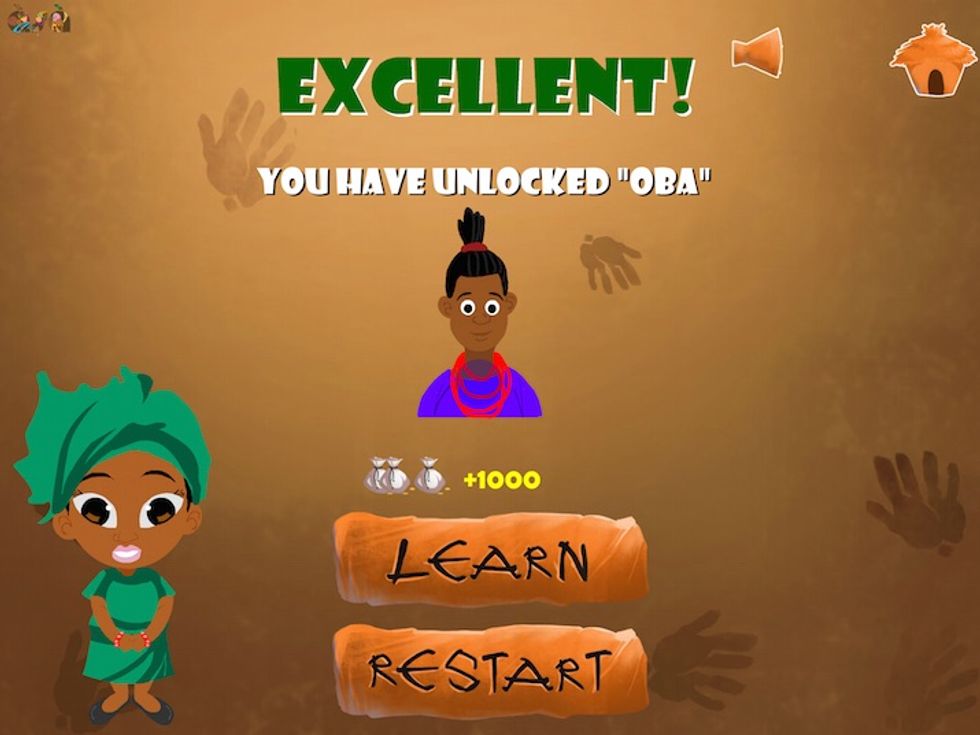 Yoruba101 is a Yoruba language learning app from the Lagos-based Genii Games Limited.

Last month, Lagos-based mobile app company Genii Games Limited released an update for their Yoruba language teaching app, Yoruba101. Included in their Asa ("culture" in Yoruba) collection of apps and videos dedicated to promoting and conserving indigenous African cultures and languages, the program was created in order to teach children Yoruba in what the company describes as a "fun and engaging way." Though kids are their target audience, according to the brand's founder, Adebayo Adegbembo, adults looking to gain basic knowledge of the Yoruba language can also benefit from the app and its interactive games. Taglined the "Legend Edition," the update has a special focus on notable Yoruba legends, colorful photos of which users can unlock by completing their lessons. Above, we take a look at Genii Games' Yoruba language app in photos.

Yoruba101 2.0 is available now on iOS and Android.