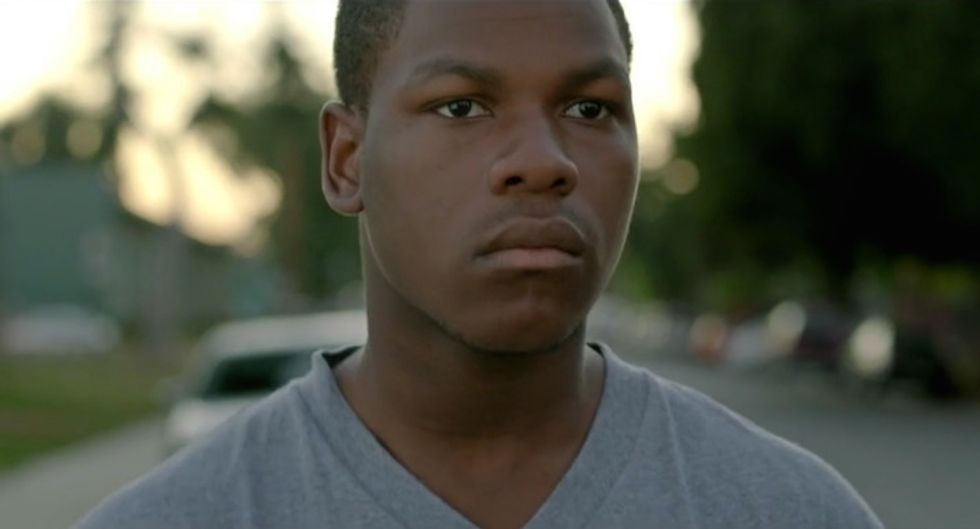 We now have another movie to add to our weekend Netflix binge thanks to John Boyega, and it isn't another Star Wars prequel either! The British-Nigerian actor's film Imperial Dreams is now available for viewing on the streaming service.

He gives, what looks like, his heaviest performance to date in the Malik Vitthal-directed drama, which premiered back in 2014 at the Sundance Film Festival where it won the "Best of Next" award.

In the film, Boyega plays a 21-year-old father and aspiring writer who, after being released from prison, is determined to make a better life for him and his son by escaping the crime and violence in his L.A. neighborhood. It's a versatile role for the actor that sees him wielding a measured American accent throughout the film.

Boyega, who sprung to fame after starring in  last year's Star Wars: The Force Awakens, is going to have a busy year, as he's set to star in Kathryn Bigelow’s upcoming, unnamed drama on the Detroit race riots as well as in The Circle alongside Tom Hanks and Emma Watson.

We're just glad that we'll get to see more of him.

Watch the trailer for Imperial Dreams below and catch the film streaming on Netflix starting today—great news for us homebodies with no real weekend plans. Happy Friday to us!