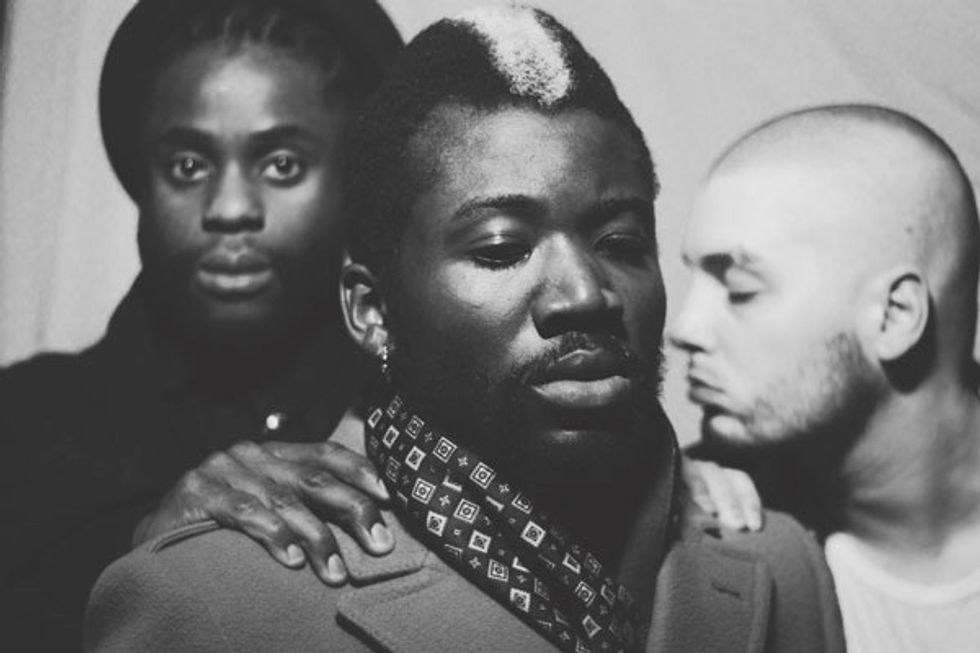 Edinburgh-based Young Fathers gave Seattle station KEXP an intimate performance of five tracks from their February-released debut LP DEAD. The art-rock/rap trio (composed of Liberian-born Alloysious, Nigerian-bred Kayus, and beatsmith Graham Hasting) shook the radio-station’s walls with their blend of heavy synths, electronic trills, booming drums and crisp vocals — a complex sound that finds its way under your skin. In the session, the trio speak of their early beginnings, meeting at the age of fourteen in Edinburgh’s underage music scene. Since then, YF have spent over a decade experimenting musically, their sonic evolution documented over 2 EPs (Tape One and Tape Two) and the recently released DEAD. Watch Young Fathers' passionate performance below and check out the Africa in Your Earbuds mixtape they put together.