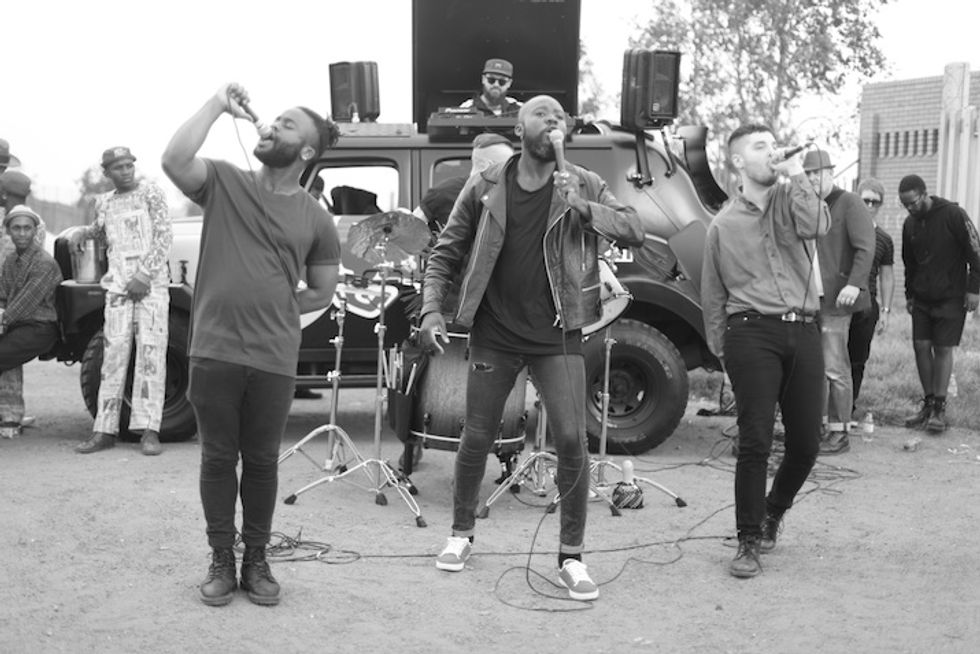 Young Fathers were in South Africa last month on a two-city tour hosted by SA beats platform Weheartbeat and Cape Town’s Assembly Radio in partnership with the British Council Connect ZA and Okayafrica. The Scottish / Liberian / Nigerian trio, whose debut album DEAD won them the 2014 Mercury Prize and whose follow-up White Men Are Black Men Too is due out in April on Big Dada, were joined by fellow Edinburgh-based R&B/art-rap musician LAW (Laurn Holt) along the way from Joburg to Cape Town. In addition to putting on a pair of truly out-of-this-world shows at King Kong in JHB (which you can stream in full below) and The Assembly in CT, the group also brought their pop charm to a series of events in Soweto and Red Bull Studios in Cape Town, where they were joined by Digital Maskandi mastermind Mashayabhuqe KaMamba, electro-futuristic producer Card On Spokes and Canadian/South African singer-songwriter Zaki Ibrahim. As the group gets ready to head out on a full North American tour next month, Weheartbeat co-founder Sims Phakisi has shared with us his intimate photos from Young Fathers' travels in South Africa.

For more from Young Fathers, listen to "Shame" and "Rain Or Shine"– the first two singles off their forthcoming sophomore LP, 'White Men Are Black Men Too' (due out April 7 on Big Dada).