Young Guru Lives Up To His Stage Name In South Africa 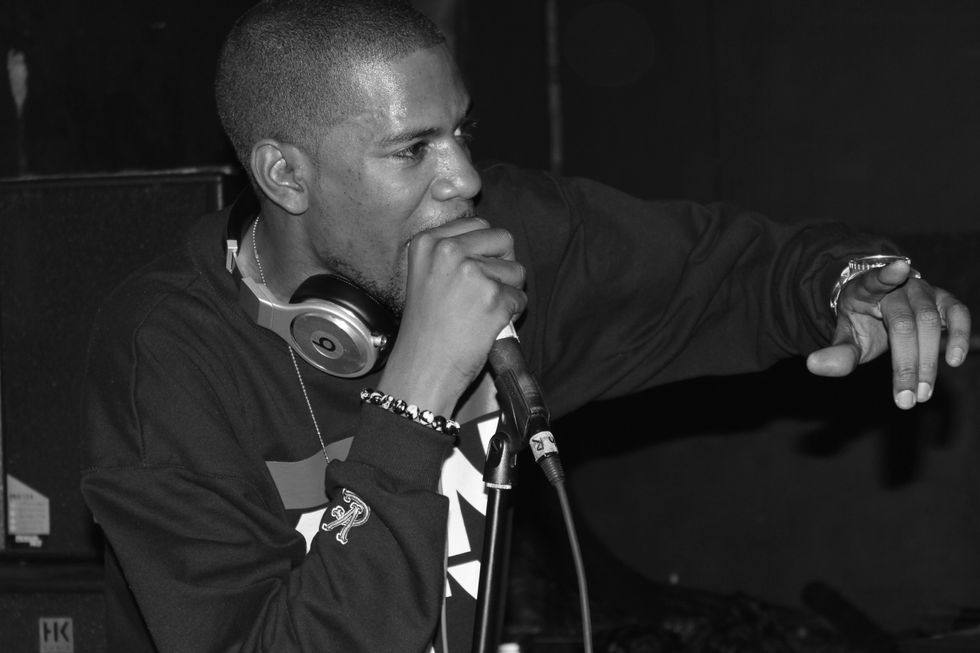 Gimel Keaton AKA Young Guru, engineer and DJ to legendary rapper Jay Z journeyed to South Africa to launch The Young Guru Scholarship Fund at the School of Audio Engineering (SAE Institute). Young Guru upheld the essence of his stage name by imparting knowledge and planting seeds of inspiration in the many fertile minds in his presence at the two workshops he held as part of the launch event.

The visit kicked off with a live gig in Johannesburg, and a show at Zula Bar in Cape Town, featuring sets by DJs Ready D and Azhul, as well as the hip-hop duo Ill Skillz and many other local and aspiring emcees such as Hemel-Besem and Youngsta. The spirit of hip-hop was alive in the die-hard fans, either out to be enthralled by Ready D’s signature vinyl scratching expertise, or out to support their kinfolk in the rap game, but most people were there to witness the historical event of a Young Guru set in South Africa. Walking on stage with as much reverence as he received, he acquainted himself with the audience by playing popular hit jams from the Roc-A-Fella stable (e.g. "Run This Town," "Big Pimpin'") then cut and created a time-portal, playing hip-hop’s most classic and nostalgic jams including the likes of Ultra-Magnetic, ATCQ, and KRS One, much to the delight of the purist crowd. The set ended on an emotional note with a tribute to J Dilla who he deems “sort of like how Michael Jordan was the essence of basketball, he is the essence of hip-hop, the greatest producer of all time.”

Students and various aspiring artists and producers experienced Young Guru’s know-how of everything from the art and science of sound engineering, to the ins and outs of the music industry at a workshop hosted by the SAE Institute on May 14th. Speaking of his childhood in Delaware, he said “growing up, disco was king, and that was something that didn’t really represent us, so we set out to create a type of music that was suited to us.” He went on to explain “we had park jams instead of clubs, where everybody came out: b-boys, crews battling, djs showcasing, graffiti artists too." He continued, with detailed anecdotes revealing the origins of all his technical knowledge: “I was enthralled by how things were put together - I was that kid fixing everybody’s VHS players, which was where I first learned about circuits and all.” Incidentally, Jazzy Jeff is the man responsible for sparking Young Guru’s interest in DJing and music production. The crowd was particularly illuminated when he revealed that his schoolmates and comrades in the hustle at Howard University were folks like P.Diddy and and others that have become instrumental in developing the genre into what it is today.

The evening progressed into a rich lecture, a technical breakdown of music apparatus as well as effectively illustrated opinions of the digital revolution and its consequences to the music industry. The man is clearly well versed, embodying both scientific and philosophical roles in the field of hip-hop music and culture, “Man, he is an encyclopedia, period,” commented a moved audience member.

A selected audience got the chance to sit in with Young Guru on a private studio session where he displayed tips and tricks as well as divulged exclusive information about Jay Z's lyrics and the origins of tracks such as the infamous hit "DOA." A second and similar installment to the workshop was held in the Mitchell’s Plain township of Cape Town. The Young Guru Scholarship Fund is an extension of his existing social and youth development initiatives in his own neighborhood: “We just thought to expand and connect internationally, and facilitate an infrastructure for the development of the hip-hop scene” he explained. The process shall include the screening of works by shortlisted students, from which he will pick one to award a R60 000 bursary to study at the Institute. "International hip-hop is definitely the next big thing, the time is ripe for international artists. Things like language barriers are actually irrelevant…We will be looking out for something that is innately you, I’m not looking for the next Jay Z” he advises, encourages, or warns.