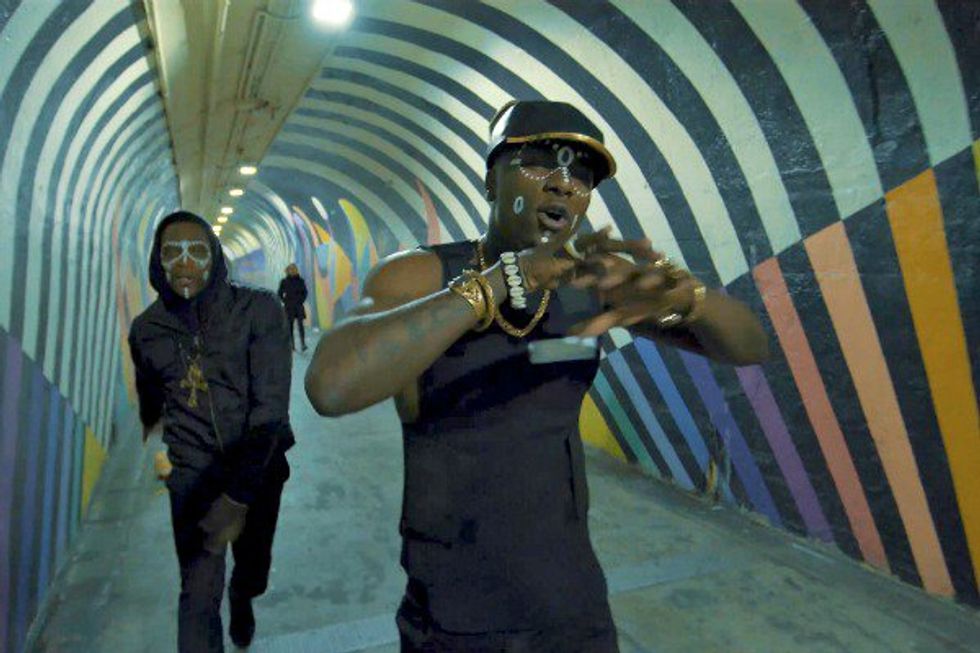 French-Congolese Rapper Young Paris teams up with M1 for the new NYC-shot music video from his 'African Vogue' album.

French-Congolese rapper Young Paris is at it again, this time with a new music video for his latest single “Get Ready.”

The single, which is taken from his new album African Vogue, features M1 of Dead Prez and is characterized as a liberation anthem, a call for revolution in light of Africa’s greatness.

In an earlier interview with Okayafrica, Young Paris explained that “'Get Ready’ invites the people of color to express themselves vigorously with the mindset of Africa rising.”

Directed by Junkyard Cinema, the video features Paris roaming the streets of New York accompanied by the Loumingou Night dancers. He dresses in alternating all-white and all-black outfits while speaking directly to the camera as he follows the bass of the beat.

“This song is an affirmation of African flyness!” M1 mentioned in that same interview. “It spits in the face of those historically backward thinkers who will be slammed to the ground by future-forward African culture and technology.”

As Young Paris mentions, “My intentions were to get people feeling revolutionized while shaking all they got.”

If you want to hear more, you can catch Young Paris live August 14 at Okayafrica’s NYC SummerStage show alongside Mbongwana Star and Batida.

For now, you can watch the music video above, and stream Young Paris’ entire album African Vogue on Tidal.