Young Paris & M1 of Dead Prez Deliver 'Get Ready,' An Anthem For All Oppressed People of Color 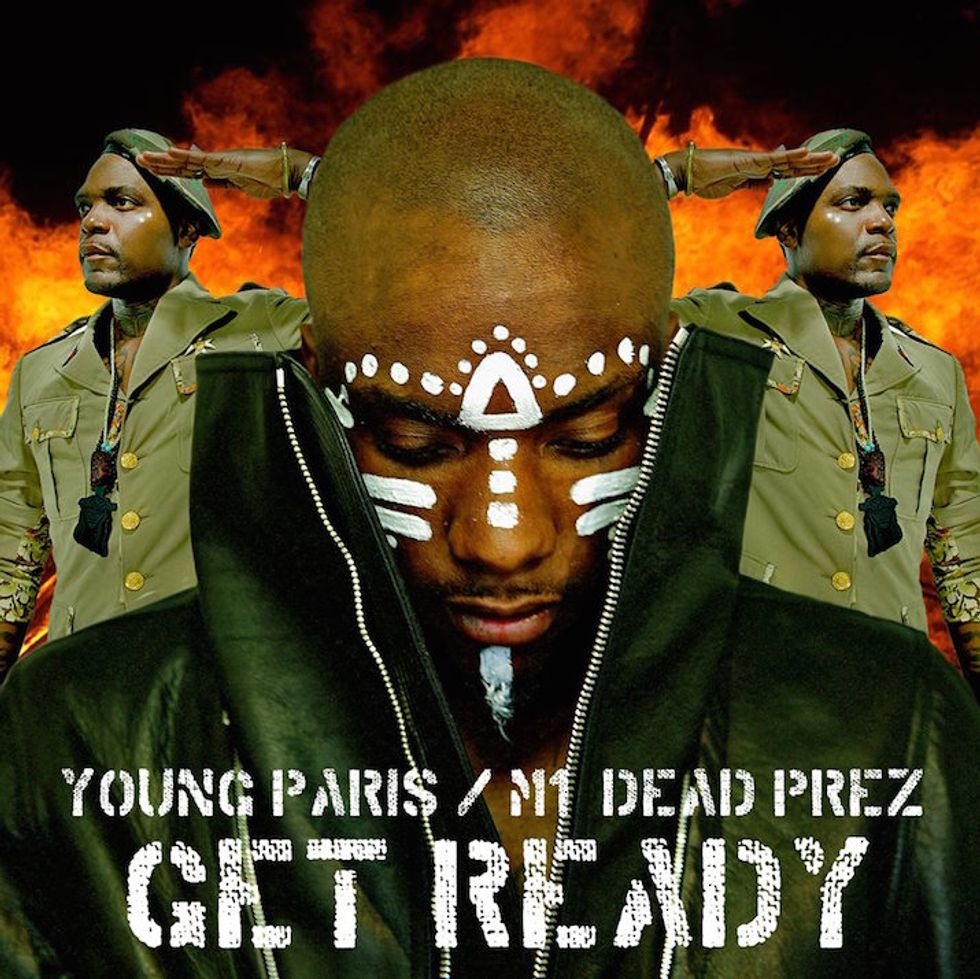 Young Paris and M1 of Dead Prez have teamed up on an anthem for all oppressed people of color.

Created in response to current events in the U.S. and the struggles of the ‘Afro community,’ “Get Ready” sees both acts rapping about standing up to injustice over dance beats. The track is the lead single from Young Paris and M1’s forthcoming collaborative album African Vogue, which will be out this summer.

“'Get Ready' invites the people of color to express themselves vigorously with the mindset of Africa Rising,” Young Paris tells Okayafrica. “My intentions were to get people feeling revolutionized while shaking all they got.”

“This song is an affirmation of African flyness!” adds M1. “It spits in the face of those historically backward thinkers who will be slammed to the ground by future-forward African culture and technology.”

Stream and download “Get Ready” below, African Vogue is due in late May.