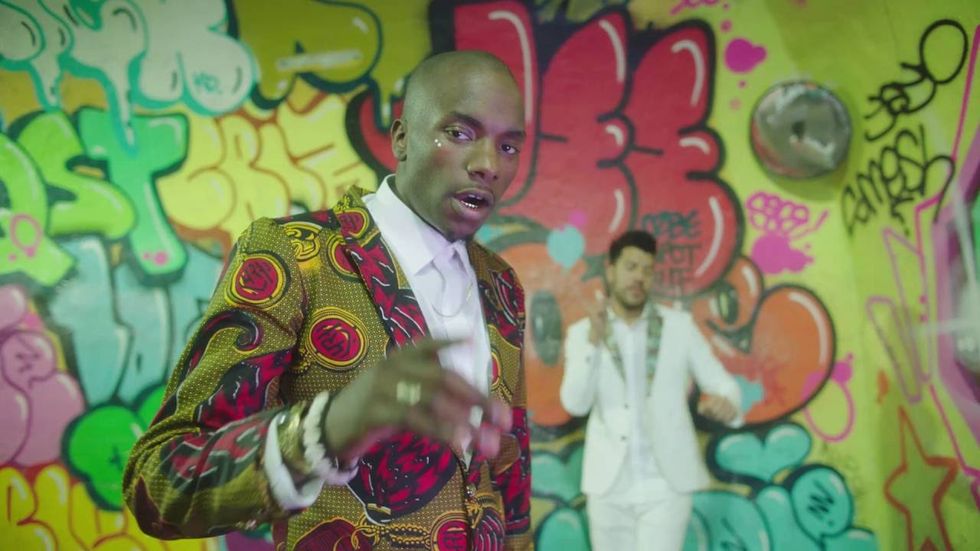 NYC-based French-Congolese rapper Young Paris announces his addition to the Roc with a new video for "Best of Me."

NYC-based French-Congolese rapper Young Paris is the latest addition to the Roc.

The announcement comes alongside Young Paris’ new NYC subway-shot music video for “Best of Me,” which features Ben Bronfman—the billionaire/environmentalist/producer who you might also know as M.I.A.’s ex-husband.

Welcome @YoungParis to the #RocNation family! Watch the video for “Best of Me” on @TidalHiFihttps://t.co/ROLXaAmUEnpic.twitter.com/IUocJKEsPR

Watch the new visuals above to hear Young Paris dropping lines and not shying-away from big claims like “Always talking about that melanin” and “I made Africans dope again.”

"Best of Me" is the second single from Young Paris' African Vogue album, following "Get Ready" with M1 of Dead Prez.

Jay and Roc Nation have clearly set their sights on African artists lately. Less than two weeks ago, the company officially announced their deal with Nigerian star Tiwa Savage—which quickly followed with her fans venting their concerns about her joining the Illuminati.

Catch Young Paris live alongside Mbongwana Star, Batida and DJ Underdog for FREE at our upcoming Okayafrica SummerStage concert in Central Park this weekend on August 14.