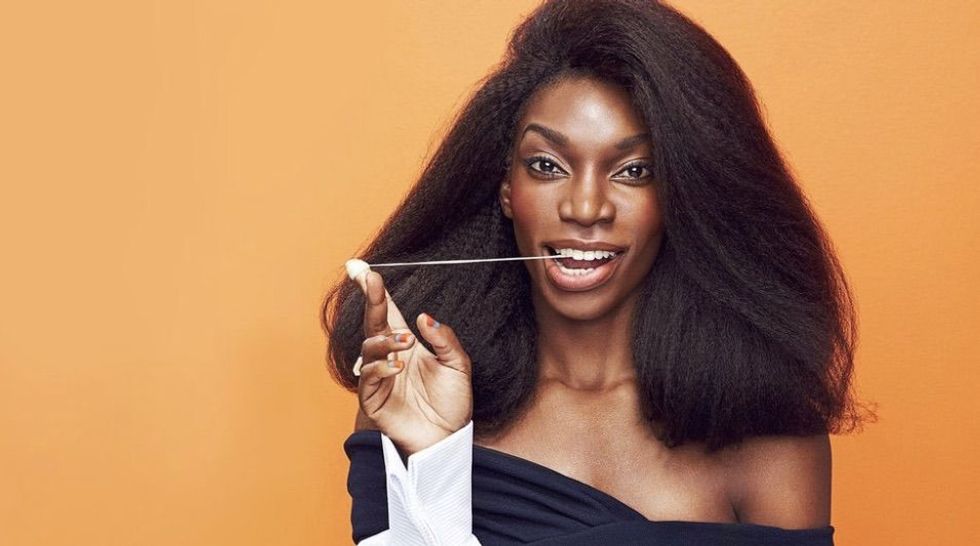 We're still not over the fact that Chewing Gum may never return for a third season either, but it seems like our girl Michaela Coel plans to hold us down with two upcoming projects set to premiere on Netflix.

According to a recent profile on the British-Ghanaian show runner in Screen Daily's 'Stars of Tomorrow 2017,' Coel is currently developing two new projects for the streaming service.

Coel is now shooting the first of two top-secret projects for Netflix. The first is a drama with the BBC that is in production until December, while the second is a dark comedy Coel is writing, directing and producing, and in which she will also star. It will shoot in London.

Coel is also set to star in her first feature-length film, Been So Long—an upcoming musical and love story set in the vibrant streets of Camden.

In the profile, the multitalented actress also shares the motivation behind her work:

I enjoy being part of incredibly well-written scripts that are pushing boundaries in terms of our perception of women and of ethnic minorities but not hammering it home," the actress explains. “In order to do that, the story has got to come from the soul and the heart of the writer. That's very important to me.

You can read Coel's full profile in Screen Daily, here.

Details about when the the two projects will drop haven't arrived yet, but, honestly, we're just excited about the prospect of seeing more Michael Coel on our screens. No complaints here!