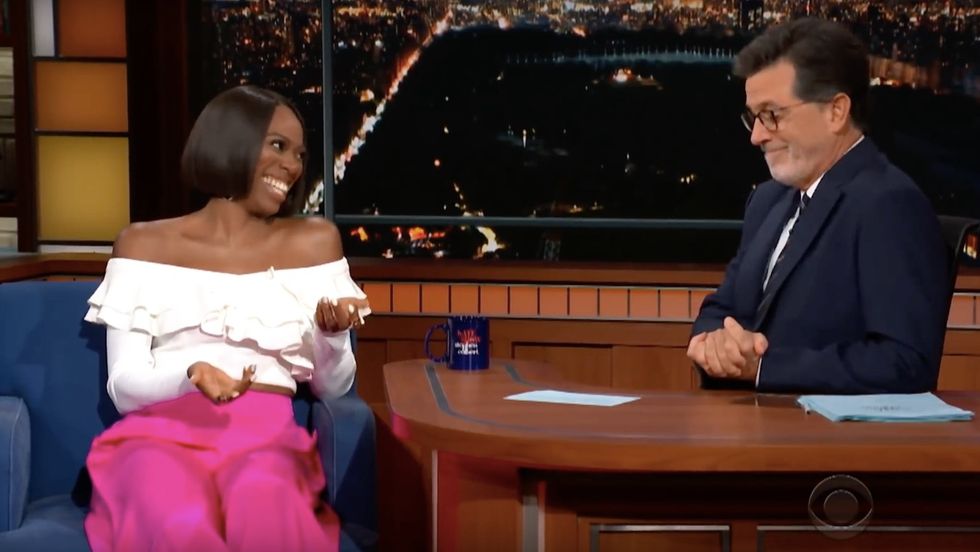 The Nigerian actress also talks her knack for dancing, and getting career advice from the Holy Spirit.

The actress made an energetic entrance as her and Colbert exchanged dance moves before sitting down to talk about how she got her start in comedy, getting career advice from the "Holy Spirit," and shooting "racy" Insecure scenes.

When Colbert asks how Orji's conservative Nigerian parents feel about watching her in the show, the actress reveals how she thought her parents—who were living at Nigeria at the time—would never see the show, but it eventually premiered in Nigeria and an "aunt" ended up telling them when and where to watch it. "I was like, who is this aunt that keeps calling you and ruining my life," she joked.

Thankfully, it seems like her parents are fans of the show. "Now they faithfully sit down to watch it but, you know....I get them good gifts on their birthdays."

Watch the humorous interview down below. You can catch Orji starring asMolly on Insecure on HBO.