Interview: Zaki Ibrahim Talks Every Opposite 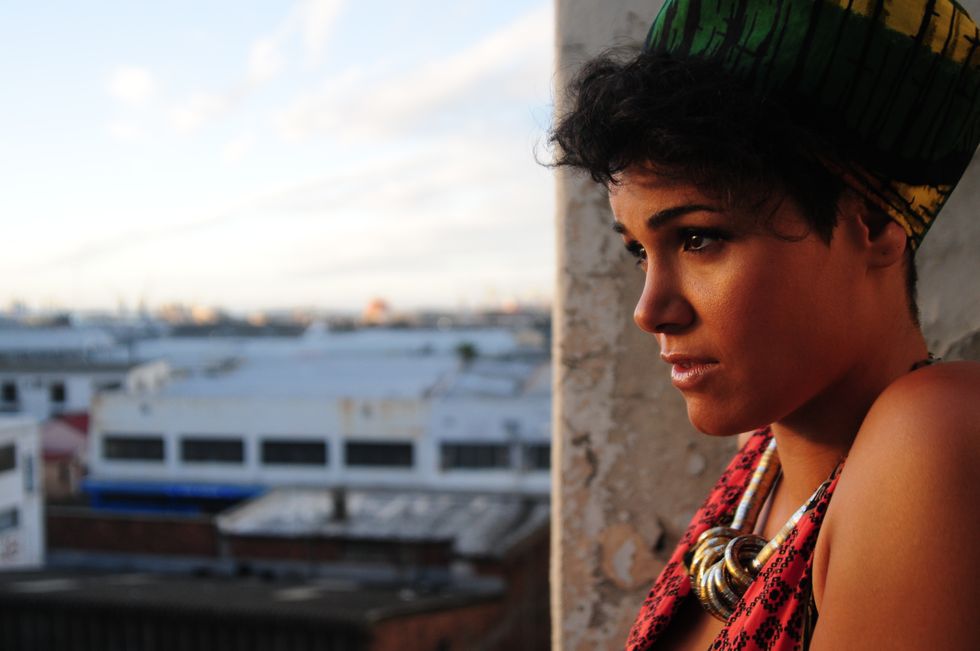 Okayafrica: Your identity, much like your music, is mesmerizingly elastic. You've got roots on both sides of the Atlantic (Canada and South Africa). Tell us a bit about your upbringing and how you see your place in the world.

Zaki Ibrahim: I wouldn’t call my identity elastic, but rather diverse. There is no stretching or bouncing but rather finding ways to fit it all into the rest of the world, in bits and pieces. It is all that I am made of and I am a product of all of it.  As I’m growing up, as most people do, I feel like I’m becoming increasingly more comfortable in my skin. I feel less and less alien in the places I live and more a global citizen.

I was born and raised free, thanks to my parents who came from worlds that were less than that. I was encouraged to remain free and promote the concept in every sense of the term. I hope to challenge and celebrate this “gift” in my music wherever I can.

Zaki Ibrahim - The Do (2012) from Christian Denslow on Vimeo.

OKA: When did your life in music begin and who were some of your early influences?

Zaki: My early influences were my older cousins and brothers and sisters who were into their stuff like house music, hip hop, kwaito, pop, Prince, Sheila E, Anita Baker and so on. My father pushed hip-hop on me like it was a tool that would later save my life. He also played Pink Floyd, Jimmy Hendricks, Tom Waits and Carol King at full tilt on the regular. I suppose the music that was enjoyed around me, influenced what I would later be drawn to, so basically most music.

The political, Pan-African mentality that was instilled throughout my up-bringing, provided content for the ever justice seeking and freedom fighting themes in my songs and with my mother being a poetic soul and grammar fanatic, I have always tried to steer clear of being too literal or forceful with my views so I often choose love songs to say it all.

OKA: How has the journey been so far?

OKA: You and Tumi Molekane (from Tumi and the Volume) go way back; tell us a bit about your working relationship at Motif records.

Zaki: Tumi and I met before I called myself an artist. I worked at a radio station and interviewed him in Cape Town with his band. I later toured with the band (Tumi and the Volume) with a collective called District Six Music in Canada, three times. I also opened some of the shows and sang back up for them and K’naan. At some point I needed to give in to the idea of being a musician and put out my first EP independently. Tumi has always been the friend whose musical taste I respected. We’ve shared concepts and lyrics and since then, been sounding boards for each other. Putting out my first full length album with Motif seemed like a good fit.

OKA: Every Opposite is an incredible album; tell us about the process of putting it together, how long it took, and what you were going for?

Zaki: Thank you! LOL…hmmm…once it was organized and collected into one studio, it only took about 3 months to properly compile. The two years prior to that, I was on a quest to gather the sound I needed to at least loosely tell the story I needed to tell.  There were two states of creativity, one, like a novelist, purely writing in silence and finding the words to illustrate my message, and two, an experimental work-shopping of sounds. I suppose letting the overall sound naturally come together given the diversity in my path. At times scientist and at other points I fancied myself a magician. Tiago, Catalist, Wawesh, LV, Rich Kidd and Nick Holder all helped me produce my first full length record as if they had been there throughout my entire development as a musician and with such patience, encouragement and pride, it made the process feel entirely “home made.”

Zaki: I’ve only really released Every Opposite in South Africa so far (and digitally on Bandcamp), so I’m sure there is a ton of groundwork to cover in preparation for the Europe and North American releases, (which will both be different editions to the original SA record). I hope that the various editions are able to be collector’s items. With full vinyl presses and a few beautifully illustrated singles on 45s. Even after completing and releasing the initial album, it seems to be taking on a life of its own. I look forward to seeing what happens and how it’s received internationally. I’ve been away from home for a few months now and Cape Town is calling me. I plan to breathe its air and snuggle in its warmth at least for a few weeks before heading out to Europe again then braving the North American market. I try to write and record most days that I’m not performing, so, if all flows free as it should, there are many more releases, collabs and projects I look forward to sharing as I go.

OKA: Congratulations on Every Opposite and we wish you all the best with your next projects.