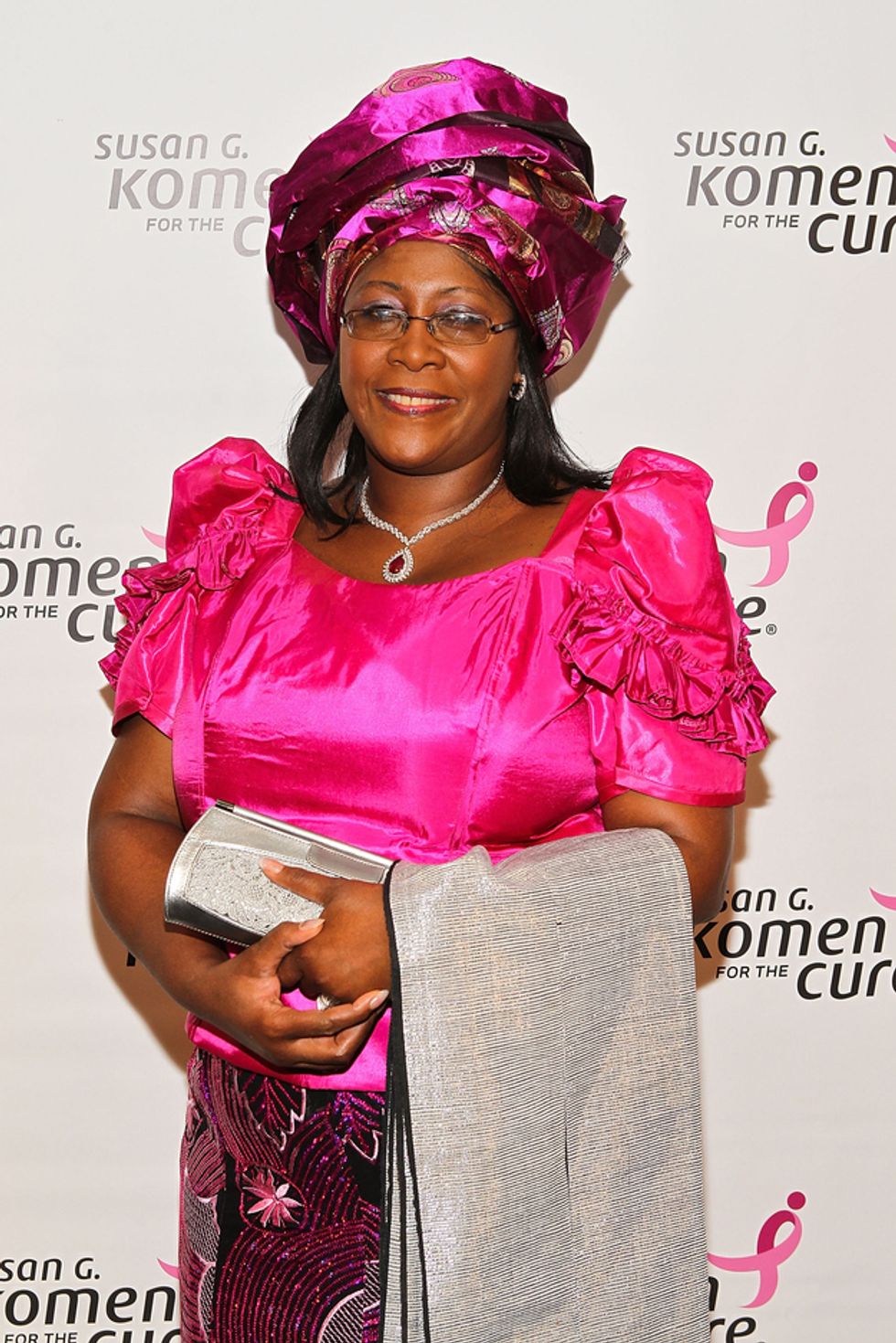 Respected physician and Zambia's First Lady Dr. Christine Kaseba-Sata made headlines recently after stating at a UNAIDS meeting that "silence around issues of men who have sex with men should be stopped" and that "no one should be discriminated against on the basis of their sexual orientation." She went on to add that in matters of public health, the gay community has the support of her husband, President Michael Sata.  The atmosphere in Zambia can't exactly be described as conducive to her statement. Recently, Edgar Lungu, Zambia’s Home Affairs Minister told advocates for gay rights to  "go to hell" and the country's law is on his side: while tabloids print pictures of those suspected of being gay, activists like Paul Kasonkomona are detained for advocating for LGBTI rights. In 2005 Zambia intensified its colonial-era anti-gay laws and as a result,  James Mwansa and Philip Mubiana, currently face 14 years in prison for “having carnal knowledge against the order of nature”.

Media response to the statement has ranged from reactionary and inaccurate to exultant. "Homosexuality may derail HIV/AIDS fight" screamed the Lusaka Times who opted for the traditional scapegoating of LGBTI populations in discussions of HIV/AIDS. The Times of Zambia had old tricks up its sleeve too, and set women's rights in opposition to LGBTQI rights: "Women Still Hit Worst By HIV" (because all the women are straight, after all). Internationally, the statement has been described as earth-shattering and miraculous, among other ecstatic superlatives.

Okayafrica's Ayana and Derica got together to discuss the implications of Kaseba-Sata's statements:

Ayana: The focus of Kaseba-Sata's call is 'men who have sex with men' which makes sense, since those are the people who currently face 14 year prison sentences and who are scapegoated in Zambia's media and penal system. Kaseba-Sata's language is a great step (defintely not 'miraculous,' since she is a medical doctor and thankfully not prone to sensationalist views in her response to health crises) but I'm still ambivalent though, particularly because in the allAfrica article she implies that we need to have open discussion about male homosexuality to protect women, a category that you rightly noted is assumed to be equivalent with heterosexuality.

Derica: Hype talk aside, the significance of Kaseba-Sata's statement is her explicit political support for the constitutional rights of men who have sex with men. It signals her (and her husband's) difference from an growing number of politicians, who are using homophobia as a political resource.  Contrary to the prevailing wisdom, Africa is not an innately and uniquely homophobic continent, but over the past couple decades we've seen the figure of the homosexual being used as a scapegoat, to provide an easy diversion from issues like high unemployment, poverty, and bad governance. So, at the political level, this is an important departure from that kind of scapegoating. Also, given that threats from Western powers to withdraw aid have turned state-sponsored homophobia into a way of asserting an unsullied African identity, the First Lady's words shift the discourse away from claims and counter claims about whether homosexuality is "un-African". Her words signal that at the highest level Zambia is committed to understanding men who have sex with men, not as outsiders or Western infiltrators,  but as citizens. And that the country's leaders reject the Ugandan-Nigerian-Senegalese model in which leaders use hateful rhetoric to win the confidence of their constituencies and to cast themselves as guardians of some embattled Africanness.

Ayana: The problem is that the kind of language the First Lady used is all too easily used to further demonise gay men instead of focusing on the fact that heteropatriarchy and the way it limits women's access to public health care and information is also a significant risk to women. It also renders homosexual women invisible, something that is not only an international social problem, but a health problem as well: if we don't acknowledge the fact that there are 'women who have sex with women,' there will be no need to provide or advocate for their health resources or an end to discrimination against that group. Zambia's Penal Code does not even recognise homosexuality as anything besides a male act: “Any male person who, whether in public or private, commits any act of gross indecency with another male person, or procures another male person to commit any act of gross indecency with him, or attempts to procure the commission of any such act by any male person with himself or with another male person, whether in public or private, is guilty of a felony and is liable to imprisonment for five years.” I'm obviously not arguing for jurisprudential recognition of gay or bisexual women because with that will come (more) state-sanctioned violence, but I hope that Zambia's political and medical leaders can get to the point where they can discuss women as citizens who need more than protection against or as always at risk from men without recognising the heterogeneity of the category of woman.

Derica: Definitely. The positioning of women's rights in opposition to LGBTI rights is pure farce. Scholars like Sylvia Tamale have shown how state homophobia strengthens patriarchy and erodes women's rights, while acknowledging that queer African women exist. It's no surprise that where Anti-Gay Bills crop up, bills restricting women's freedoms follow closely behind.

Ayana: Taking up your point regarding the African homosexual as Western infiltrator, most of my ire goes to the ecstatic international applause directed at Kaseba-Sata's arguments. At a time when the HRC is getting more and more international funding to spread a decidedly neoliberal homonationalist American agenda, it is easy to foster political capital (à la Senegal) to discriminate homosexuality as a Western notion, as you said, 'un-African'. Still, it is unfortunate that the only way a renowned Zambian medical professional and powerful political figure can be treated by Western media sources is in a patronising manner, confirming the fears of those who see the push for LGBTI rights as nothing more than a neo-colonial effort. Ambivalence aside, I am thankful for the discourse Kaseba-Sata's comments have and will continue to spark in Zambia and on the continent. I can only hope that other leaders follow suit whether or not it's politically beneficial to do so.