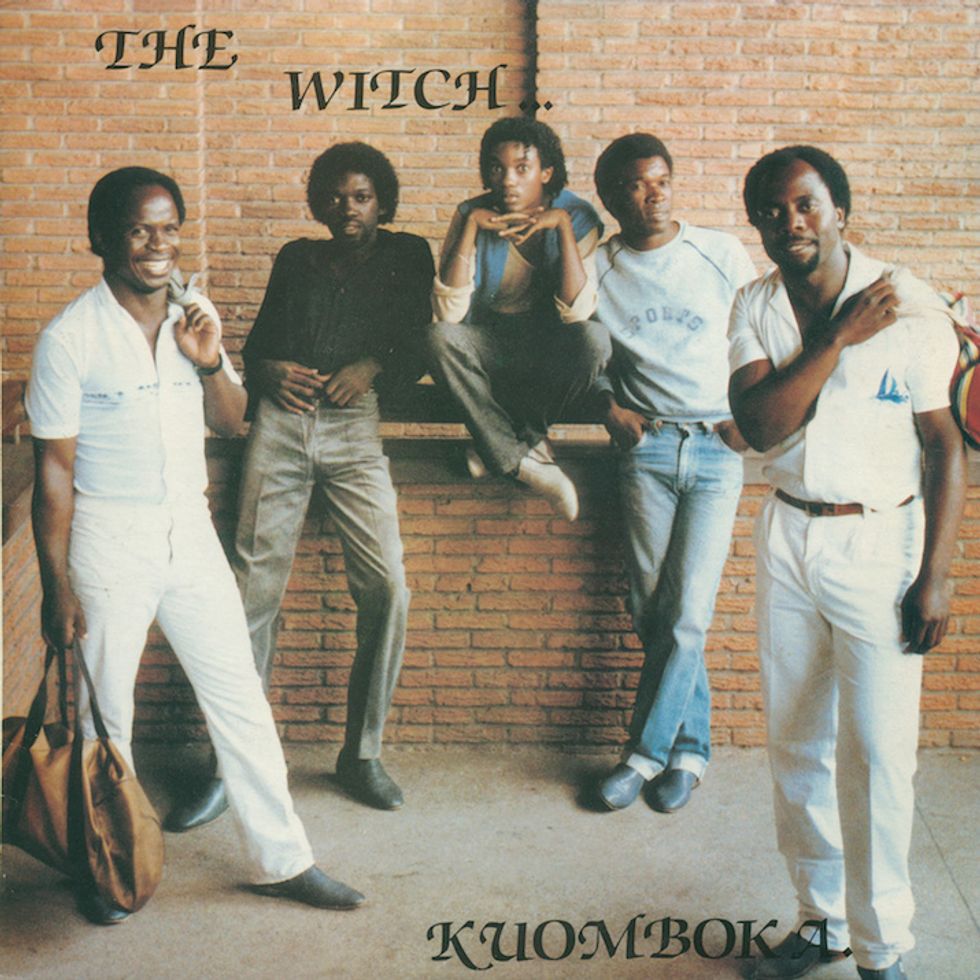 Two years ago Now-Again, a label which has become as well known for its forays into global grooves as it was during its inception for soul and funk, compiled an essential 4CD/6LP set of Zamrock group WITCH's burgeoning years spanning 1972-1977. Last week, the label issued another double disc set of later WITCH material from the early 1980s. Between these six discs lies a comprehensive, if not complete collection, of the Zambian band's work.

Different personnel comprised WITCH during these very different stylistic years of Movin' On and Kuomboka. Aside from new band members, the changing of the Western world's musical landscape brought an entirely different sound to these two albums. One major reason was the availability and affordability of synthesizers, which replaced the fuzz guitars from the group's previous recordings. The sound is what you'd expect from the 80s, certainly dated but not necessarily any less fresh.

A shift to disco and boogie had been brought about by a widening of influences from the likes of Earth, Wind & Fire and Kool & The Gang. For a limited time, Now-Again is offering a download of the title track from Movin' On (streaming above) on which you can hear how they employed the techniques of their heroes. WITCH's newfound bass stepping and horn arrangements, as well as the band's jam midway through the track, are an obvious homage.

Disco itself was a popular mainstay in Africa during the 1970s and 1980s, whether it was in Western Africa (see: Lagos Disco Inferno) or in its southern reaches like Zambia. A number of compilations have been released over the last decade thanks to labels like Now-Again, Strut, and World Music Network (the Rough Guide purveyors).

Strict African influences aren't nearly as recognizable, at least in large quantities, on these later WITCH albums as they were on their earlier, more popular material. Instead, American and European styles rule these records except for tracks like "Jah Let The Sunshine," with its off-kilter keyboard arrangement. Still, Movin' On and Kuomboka are remnants of an important musical chapter of the group and serve as relics of disco's reach within the continent. Thanks to the digging of label heads like Eothen "Egon" Alapatt, we get to hear rare albums like these two from 1980 (Movin' On) and 1984 (Kuomboka) that have been rarely heard, even within Zambia.