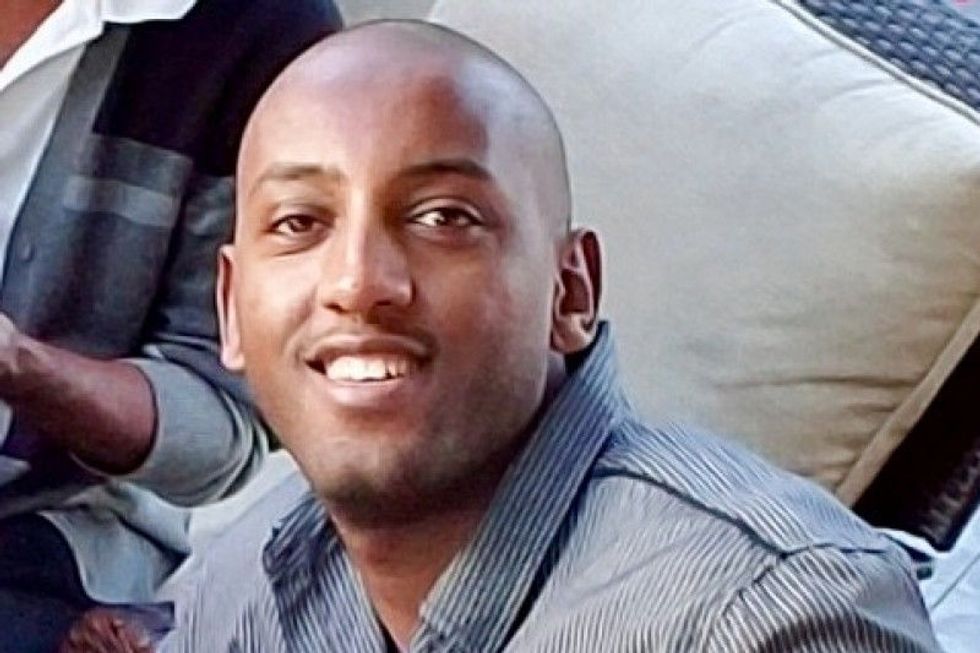 The details of his death are conveniently murky. According to the LAPD, officers were responding to a burglary when they found Ewnetu sitting in his car. Officers approached him after smelling marijuana coming from his vehicle. He reportedly refused to exit his car when asked. Authorities say that when they tried to remove him from the car, Ewnetu brandished a gun and aimed it at the officers.

The deputies then fired at Ewentu, shooting him in the torso and killing him on-site.

A statement from the victim's family, says that the initial account of the incident varied from what's been reported by authorities. Following the shooting, the detective on the case, mentioned that they gun was found in the back seat, says the press statement. A photo of the vehicle, published in the LA Times, shows what appears to be two bullet holes in the back windshield.

Cases like this are, sadly, all too familiar and the varying accounts of what took place, certainly raise suspicion. Ewentu's family is currently seeking answer and have started a Gofundme to help with funeral and attorney costs.

Ewnetu came to the United States eight years ago on a scholarship to the University of Idaho, and worked as an engineer for the California Public Utilities Commission.

Someone close to my family was shot and killed by the police this week, please share so we can get the full story #justiceforzelalem pic.twitter.com/tmCl13Y7nD