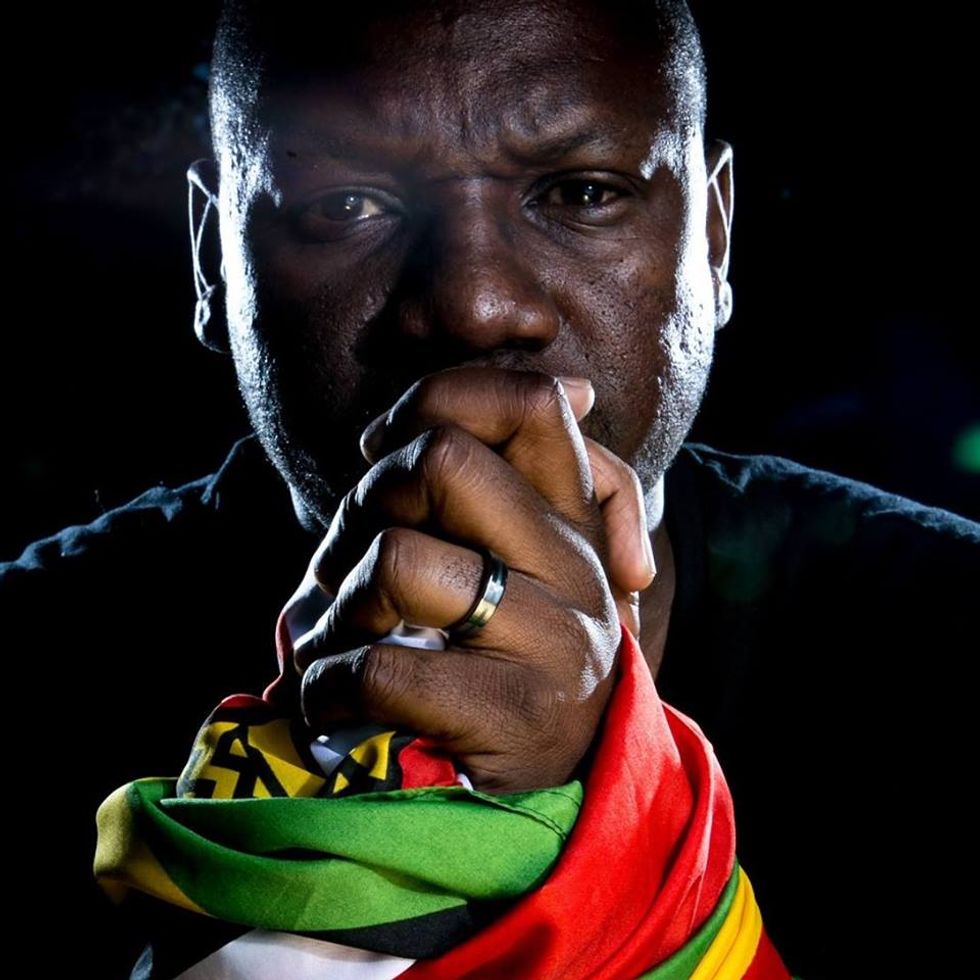 Zimbabwean Pastor, Evan Mawarire has had his charges of subverting the government dropped.

Harare, Zimbabwe – Zimbabwean protest Pastor Evan Mawarire, charged Wednesday for subverting a constitutional government, is a free man, the Harare magistrate Douglas Chikwekwe declared Wednesday night. The charges were dropped on constitutional grounds.
39-year-old Zimbabwean preacher Evan Mawarire, known for protesting against President Robert Mugabe’s 36-year misrule, appeared in the Harare Magistrate court on Wednesday facing serious charges of “subverting a constitutional government” which calls for 20 years in prison.
Mawarire popularly known for his #ThisFlag campaign was arrested on Tuesday upon handing himself over to the Zimbabwe Republic Police, leading to searches at his offices and home.

The Zimbabwean preacher was summoned by Zimbabwean police after posting videos on his Facebook page calling on citizens to shut down the country until five issues had been dealt with. Some of his grievances were, firing corrupt ministers, reducing corruption amongst traffic police, lifting the import ban of basic goods among others.

However, when Mawarire appeared before a Harare Magistrate, Douglas Chikwekwe and to the surprise of lawyer Harrison Nkomo, the prosecution had changed the charges from “inciting public violence” to a more serious, charge that of “subverting a constitutional government.”

According to his lawyer, Mawarire may face 20 years in prison for a charge lesser to that of treason.

“The charges were not read out to him, this is clearly unlawful and his worship must not participate in this process. The authorities changed the charges against him from citing public violence to subverting a constitutional government a charge that carries maximum sentence of 20 years in prison,” lawyer Harrison Nkomo explained outside the court.

By the official time of closure of the courts, Magistrate had indicated Mawarire would not be granted bail while lawyers were busy arguing against the sudden change of the charges.

However there was a misconception that Mawarire could be facing treason, a more serious charge that carries a death sentence. Zimbabwean legal expert, Alex Magaisa had this to say.

“Let me take a detour or a correction to the misconception that this is a charge of treason. It is not. Treason is provided for separately under section 20 of the Criminal Code. Its similar to treason but it’s a lesser charge which carries a lesser maximum sentence of up to 20 years whereas for treason its life imprisonment,” Magaisa posted on his blog.

There was drama at the courts as supporters vowed to hold a vigil outside the Harare Magistrate Court until Mawarire was released.

Hundreds of supporters of thronged the courts in solidarity with the Zimbabwean preacher and amongst them were more than 100 Zimbabwe Lawyers For Human Rights, members of the civil society, pastors from different denominations, some members of the Muslim community and ordinary people.

Most of those who were at the courts were clad in the Zimbabwean flag, a symbol of resistance and protest in the country.

When the police brought Mawarire to court mid morning, the crowd started chanting anti Mugabe slogans and broke into revolutionary songs such that the police had to return after assessing that the mood was very volatile.

More than an hour later police brought Mawarire to court and only for lawyers to learn the charges had been changed.

Different supporters spoke in solidarity of the Zimbabwean preacher.

“What I have seen today is shocking, the state is bent on making sure they silence us but I believe Mawarire did not commit an offense,” Denford Ngadziore a Zimbabwean youth said.

Another youth who decided to remain anonymous complained, “I think the police should have just released Mawarire because what they are doing now is inciting anger amongst ordinary citizens.”

A female preacher Cynthia Chari said she would be praying for Mawarire until he is released.

As the court deliberations dragged into the night hundreds of supporters still clad in the Zimbabwe national flag were gathered outside the court building some with lit candles.

On one hand the police could be seen heavily armed around the court building ready for action. Truckloads of armed police officers remained alert of any disturbances but those in support of Mawarire said they would be very peaceful and continue to show support to the Zimbabwean preacher.

“By arresting Evan and preferring serious charges that warrant heavy penalties is a sign the government is desperate. They now don’t know whether to release him to a hero welcome or put him in jail and risk civil unrest. I think they should just have released the preacher if at all the authorities are concerned about peace in the country, yes people have been threatened to report to work but the issues remain,” Luckson Tsuro said.