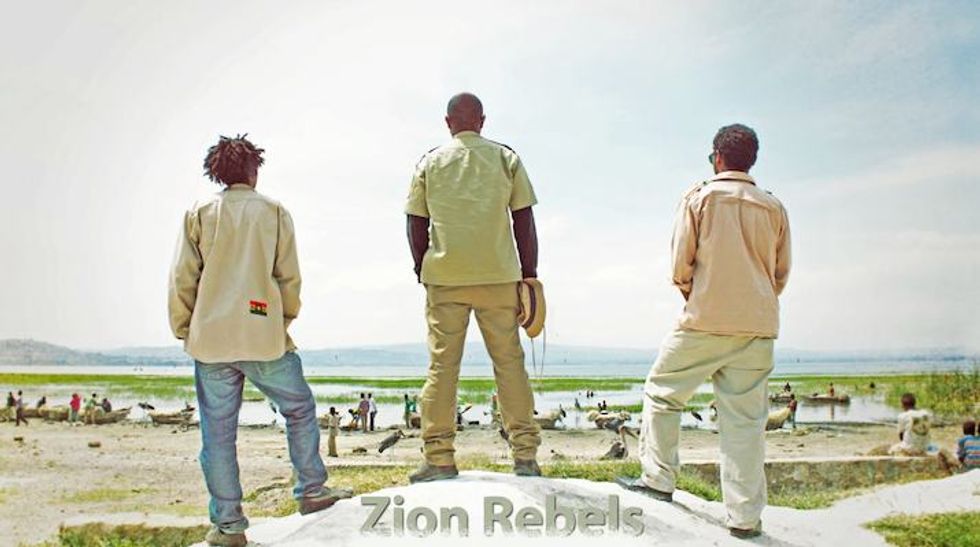 Zion Rebels, the Ethiopian trio consisting of Woukianos Fekru, Tewodros Haile and Isaac Elias, have been making music for the past 10 years in their home city of Addis Ababa. Within their decade of working together they've been slowly chipping away at their craft, releasing a handful of singles which includes a collaboration with fellow Addis Ababa-based producer Endeguena Mulu's Ethiopian Recordsproject ("Lela Lela").

After their two most recent years of work in the studio, the group have now emerged with a new LP, Musiqaye, which is set to be released within the next few months. The album promises an eclectic collection of tunes inspired by reggae, hip-hop and experimental electronic music. In conjunction with their announcement of the upcoming album, Zion Rebels have shared the LP's first single, "Melekesh," which is an upbeat reggae tune perfect for the arriving warm temperatures of summertime. The opening moments of "Melekesh" set the blissful tone of the song overall, and remind us of the iconic melodica solos of late roots reggae legend Augustus Pablo. Have a listen to "Melekesh" below and keep an eye out for the release of Zion Rebel's LP Musiqaye.