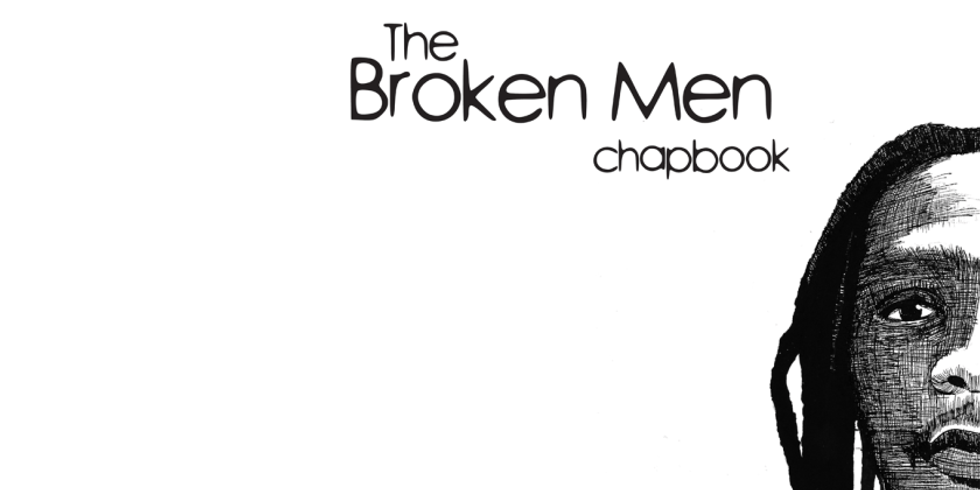 If you are part of the "not all men" brigade, then you need to educate yourself about why men are trash. When women use the now-infamous phrase, a lot of us black men get defensive, and flatly refuse to acknowledge the pain we inflict on women.

Last year, we saw a lot of South African men insensitively distance themselves from the kidnapping and murder of several young women in the hands of men.

A few men get it. And these two South African male authors share it in their books.

The Broken Men chapbook by Afurakan

Afurakan is the co-founder of one of South Africa's most influential poetry movements, Word n Sound. His debut anthology The Broken Men chapbook explores the pains of being black in South Africa. It doesn't just stop at that, but the poet also takes a swipe at the pain black men inflict on black women. On the poem "Sins of our Fathers," he writes:

On black woman, black man only sees ass/
Flesh to devour/
The thicker the better/
A thing to have for the night/
A sex doll to deflate and put back in the secrets closet

What follows is a poem called "Inner Sense," in which he talks about a broken woman who "… now wears fear as a cushion in case she bumps into memories haunting her sleep."

You can buy The Broken Man chapbook here.

200 Truths About Love by Hakeem Anderson-Lesolang

Hakeem Anderson-Lesolang, also known as Flex Boogie, is a rapper from Pretoria. In the mid-2000s, he was part of the four-man crew Ba4za. He has since decided to share more than just raps with his fans. After sharing his learnings and unlearnings on viral Facebook posts, he decided to compile some of those into a book that consists of poems and essays about relationships and self-love. He gives lessons to men, he lays it down why they are being called trash, and what they can do about it.

You know the circles you keep and the character you have that gets you revved up to break more hearts and get your body count up as a rehearsal to that perfect, non-existent dream girl you tell every female she is but won't ever honor with that reality. These circles that celebrate and nurture your wayward peasantry as a pretend-man.

It gets deeper than that, though, and this is worrying logic to have because if you're going as far as getting touched when you're to told to stop, when you get disturbed to hear this truth to a point where you're the problem.

So angered and ready for a grand duel in the dust with the writer and speaker of these truths and realities to protect your fractured ego, then something is wrong with you, bro.

Something is completely wrong with us, and we're the cowards that keep shit up by shutting up by propping more men up to continue on merrily. This is us.

You can buy 200 Truths About Love here.