4 Days In Kigali Or: How I Learned To Stop Worrying And Love Rwanda 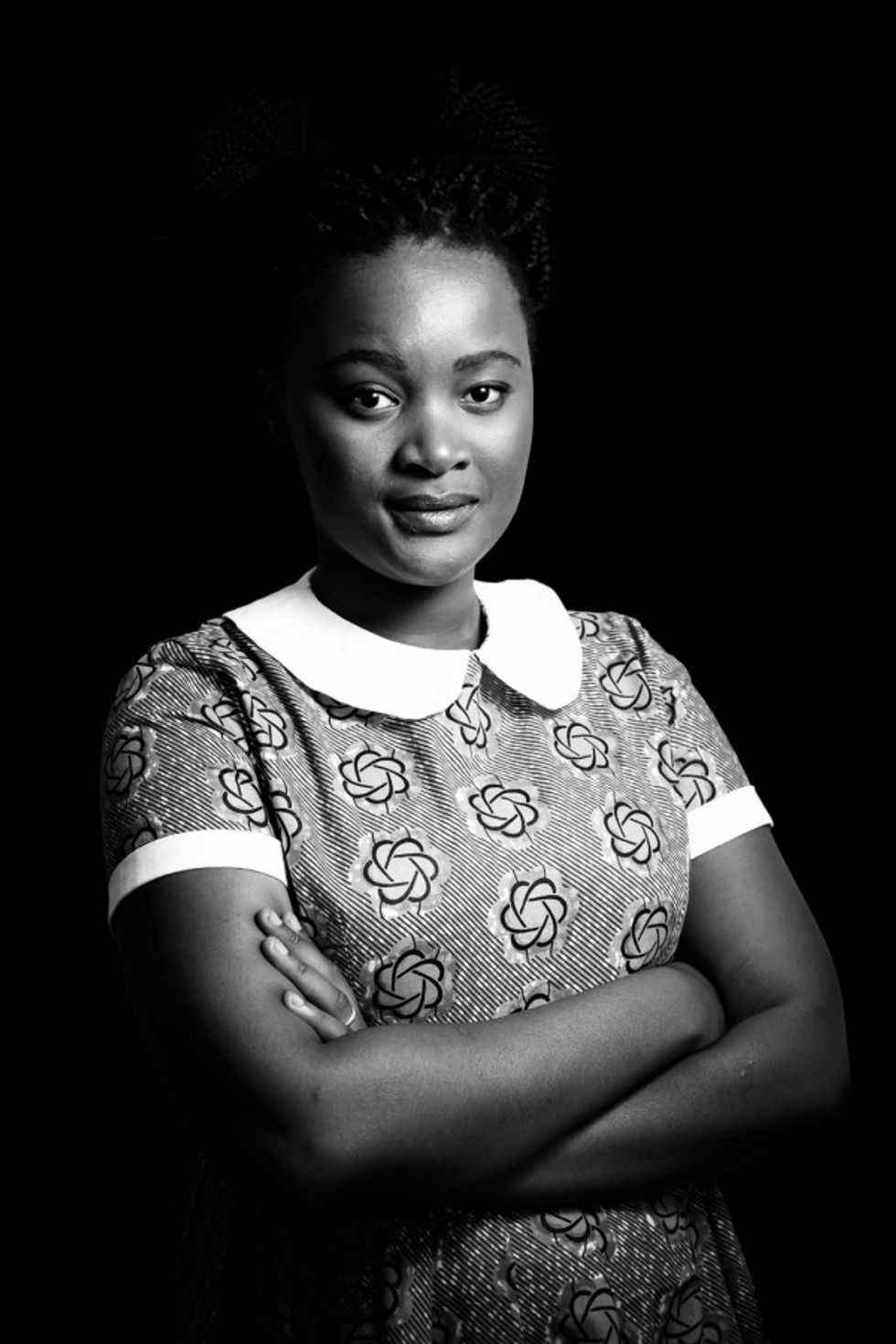 In the dispatch below, 22-year-old writer and creator of the hashtag #IfAfricaWasABar, Siyanda Mohutsiwa, writes about going to Kigali for the African Governance Architecture (AGA) conference and the complicated feelings the trip evoked.

The first few hours in Rwanda seemed to be wrapped in a North-Koreanesque gleam. Kigali seemed a bit too clean as if it had been covered in the plastic adhesive of an allegorical novel.

The streets of Kigali are spotless. I don’t think you know what I mean. Not even the smallest town I’ve been to in Finland could match Kigali’s sheer cleanliness. There wasn’t a piece of rubbish anywhere. A brother from Malawi, who was to be one of the hundred or so ‘youths’ in the AGA conference, leaned into my ear as we drove around the city, to stage-whisper “One wonders what had to be done to keep this place like this.”

One wonders, indeed. But, before that: a plane full of Africans.

The flight from Addis Ababa was filled with nothing but Africans. I didn't know that I had secretly craved this experience. As the saying goes, the jokes practically wrote themselves! There were no blankets. The stewardesses tried to stay polite but that didn’t last long. The woman to my front, across the aisle kept dropping her pillow when she moved while me and the gentleman behind her kept picking it up and inconspicuously putting it behind her head.

And we all laughed in unison; the way a bus full of Africans do. A full, inclusive, secret, engulfing type of laugh. And I realized a plane ride from Addis Ababa to Kigali was no different from a bus-ride from

My first night, I hopped on the mini-bikes that count as taxis in Kigali, held on tight and charged into the night. I was told the city was safe, and to be honest, the plastic-wrapped streets made one believe anything.

Also, I wanted desperately at that point, to believe in Rwanda. So, after two bottles of Mutzig at the hotel bar, I googled “how to say ‘karaoke bar’ in French” and made my way into the city.

The old French buildings sped past on one side, and the hilly city became a sheet of descending and ascending stars. (Perhaps, I had more to drink than two Mutzigs) Then around roundabouts we went, zipping past giant construction sites, plastered with the Chinese characters that have come to symbolize a rising African city.

I took the few moments of sobriety one is hit by when one realizes they are in a foreign city on a strange mode of transportation, to note the emptiness of the streets. And also to count the soldiers standing at every street-corner.

The conference, or youth forum, took place in a hotel whose glamor was hastily put-together. My room had a bathroom with marble finishes and the widest bed I’ve ever seen. It also had windows that had never been opened, which still bared the black marker signage of a piece of construction material recently-installed.

The room smelled like whatever is used to clean a floor whose tiles were laid a few hours before your arrival. The staff cooked the European breakfast with the nervousness of a new class and the security guards who walked us through metal detectors and scanned our bags, had the cheer of recent hires.

But I wasn’t there to inspect hotels.

It turns out, I was there to tweet. Or, for my future employers: I was part of the communications team.

The event was an almost open panel for young Africans and women to discuss their ideas on ways political parties can become more inclusive. Rwandan officials revealed the ways they had achieved their legendary women-majority parliament and we discussed the challenges faced by African women in each of their countries.

The next day, we travelled to the North-East of Rwanda where we learned about one aspect of Rwanda’s inspiring reconciliation efforts: the demobilization camps. The idea is the men and women who fled to DRC after the end of the genocide and later returned to Rwanda, are rehabilitated and integrated into the New United Rwanda. Amazing stuff.

The Brother from Malawi took some time to whisper, “This trip was not about a conference. The Rwandan government always has an agenda.”

I should probably explain this.

There is an idea among some African intellectuals that Kagame is more dictator than savior. This lot is wont to whisper asides in the tradition of old British plays—very theatrically and thus, not very quietly—that Kagame has been president for over a decade now.

Many believe this to be a sign of impending doom: after all, there is no such thing as democracy if a president stays in power ‘too long.’ Right?

The Rwandese I talked to don’t think so.

So who am I to conclude on their behalf? Indeed who is anyone.

I like Rwanda. My trip there made me see that there isn’t anything particularly intellectual about permanent afro-pessimism. It lit in me a real craving for hope.

The place can do that to you. The 1994 genocide hangs over everybody’s head, probably because they bring it up every chance they get. At the conference, not a single Rwandese speaker began his address without mentioning the genocide and how it forced the people to be more conscious of their political identities, specifically the danger in turning one’s back on other Rwandans.

In the same month, there was a referendum in Rwanda to gauge the public’s opinion on a change in the constitution that would allow Kagame to stay in power until 2034. Six million people voted for the motion as opposed to a paltry one-hundred thousand who voted no. What remarkable faith the Rwandans are showing in Kagame.

But there are concerns. First, that the overwhelming support for Kagame comes from something other than pure love—fear. And there is talk of an atmosphere of repression in Rwanda that would make it difficult for any political dissent to be promoted amongst the masses. Second, there is a belief that the people were not sufficiently educated about the referendum in time before it happened. These are valid concerns, concerns that certainly can have you asking questions about this African ‘success story.’

But all these concerns and questions lead to one really big one: will all of this last?

With Burundi erupting in violence that many are saying is tainted by an ethnic angle, can Rwanda save itself from a repeat of history? Or is clinging to Kagame’s savior-complex a sure-fire way to end up right where they started?

I don’t know. All I know is, I like Rwanda and for the country’s sake, I hope it isn’t the latter.

Siyanda Mohutsiwa is a 22-year-old writer who is obsessed with Africa and the internet. In her spare time, she studies mathematics at the University of Botswana. Follow her ungovernable tweets @siyandawrites.