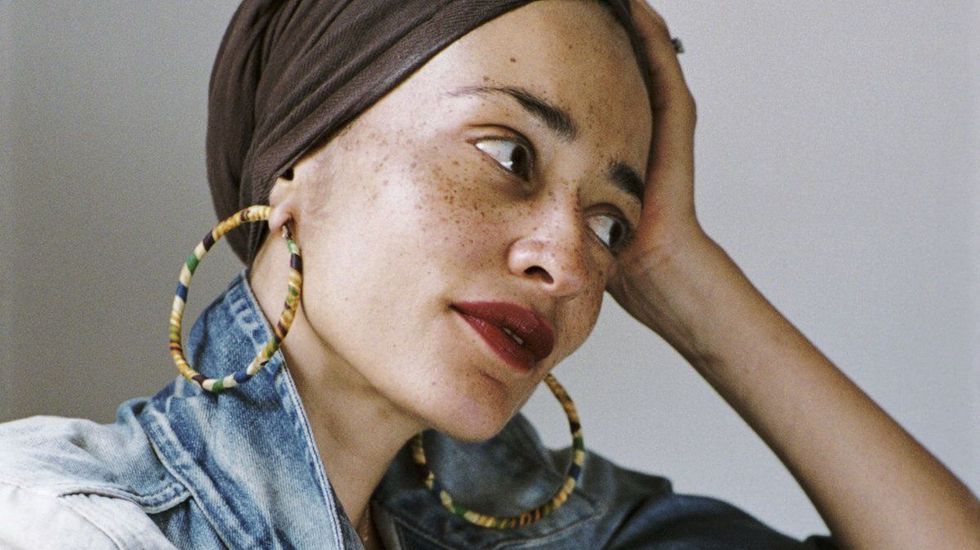 We take a closer look at Zadie Smith's powerful statements in her NPR interview where she talks about her new novel, "Swing Time."

It tells the story of two black girls: one who dreams of becoming a famous dancer, and the other who possesses the talent to make that dream come true. It is a captivating meditation on race, talent and friendship.

NPR's Fresh Air interviewed Smith on Swing Time, race, our current political climate and identity. The most dazzlingly gems from her interview are listed below—take as many as you like, they are sure to sparkle in your mind and heart.

On the thin line between politics and personal life:

“In an ideal world, you have a political life and an intimate life and they don’t have to be involved too much with each other. But when times are hard, there’s no separation. Everything you do in your life is political and has to be thought about in that way. It's the kind of moment we are in right now.”

On historical writing and racial bias:

“Racial stereotypes of groups have the ability to transform. When I’m writing, part of what I’m insisting on is that whatever we're living (through) in the moment is not fundamental: things are constantly open to change. The thing which I find dangerous about some of the thought right now is the suggestion of eternal states: that things have always been this way, they never can be any other way. Part of historical writing is to remind oneself that things were different, and therefore can be different again.”

"There is a black political consciousness here (in America) which is very engaged. Partly because education in African American history...makes a difference to children. When I was a kid, and you were being confronted with the problematic nature of the island you came from, whether it was Jamaica or Trinidad, and the child experiences this humiliation in some way, (and wonder) why this island I come from have these long term economic and social issues?—it would be helpful, then, to know as a child that these problems were not born in a vacuum.

Britain's colonial and slave relation with Jamaica was almost extraordinarily brutal. I think that would have been an interesting thing to know; just as when you meet a very disturbed child, it might be useful to know what kind of family he was raised in. It’s a context which allows you to understand the world you're in and also to understand yourself a bit more clearly.”

On her racial identity:

“People of my shade all over the world have these experiences. You might go to Morocco and people believe you’re Moroccan, you might go to Egypt and be confused for an Egyptian. You might find yourself in Bangladesh and people are talking Bengali to you. It’s an interesting mind state, one I’ve always found very enjoyable.

I guess the movability of the identity is interesting, where I suppose a white person is white wherever they go. Whereas I find the interesting interpretive quality my shade creates in others curious...sometimes funny, sometimes upsetting, sometimes alarming. But it's an interesting philosophical lesson in identity - what exactly it is, and how much of it is ruled by others’ perception of you. So how much of it is yours? These aren't questions I have an answer to, but I’ve always been curious about them.”

“Sometimes it's a bad hair day, quite often it has to do with my impatience of getting dressed. The headwrap began as a way of saving time, of not being bothered to do my hair. But also, its a form of symbol or allegiance with that exactly that kind of African ancestry.

After all, many many more women in the world wear something on their heads than don't, and I like to be part of that sisterhood."

On speaking to people with polarizing views:

“I do have a particular attraction to hideousness in people. Not that I want to have them around for dinner, but it's interesting to me—I want to know how they came to that view. Also, people’s views are not quite what they seem to be either, I find. You can almost always find a human place of connection to speak to somebody, in my experience. I like to extend those conversations, and I don’t feel the need to correct the person...what am I trying to correct for my own personal rectitude? I’d rather just listen to their views. I like to know.”