6LACK Is Coming To South Africa In October 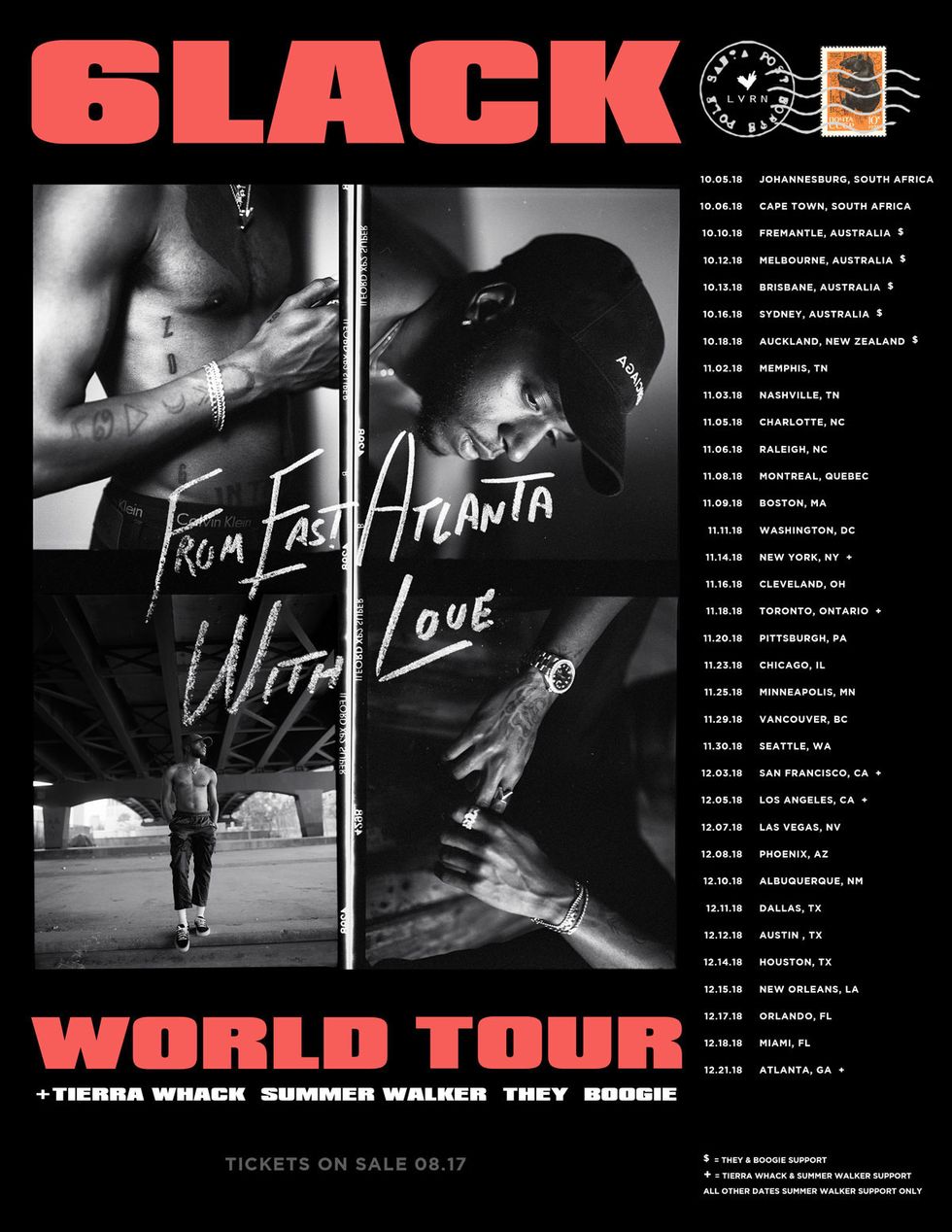 He will perform in both Cape Town and Joburg.

On Tuesday, ATL singer, rapper and producer 6LACK announced a world tour. The tour will kick off in Joburg, South Africa on the 5th of October, and run until the 14th of December in Houston, Texas. The second South African date is the 6th of October in Cape Town.

The artist will be taking with him on the tour, the likes of Tierra Whack, Summer Walker, THEY, and Boogie.

Venues for the Joburg and Cape Town stops of the tour haven't been announced yet, but you'll be the first to know when they have.