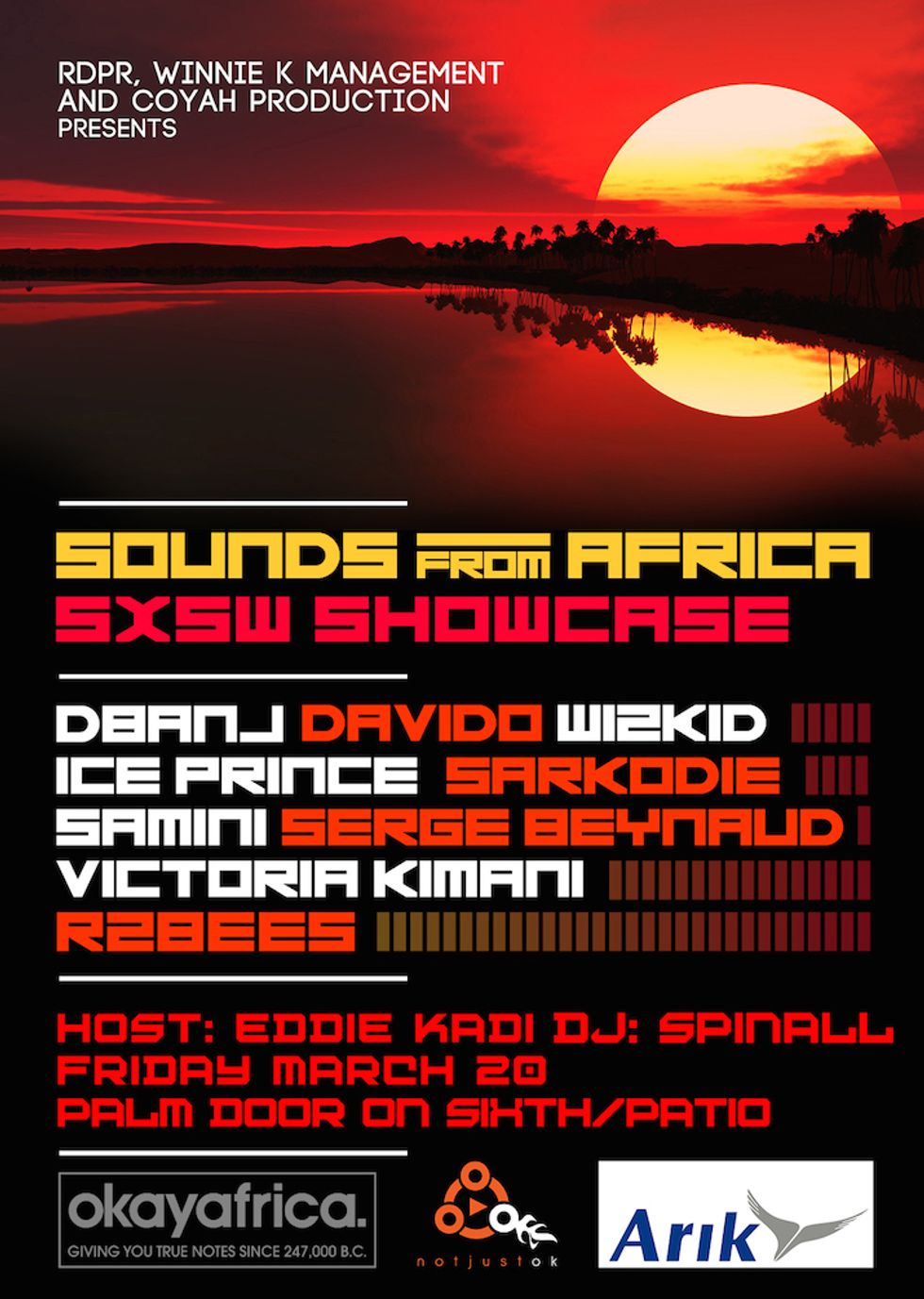 Okayafrica is teaming up with the Sounds From Africa SXSW 2015 showcase to host D'banj, Davido,Wizkid, Sarkodie, Ice Prince & more in Austin!

Okayafrica is proud to announce that we'll be teaming up with the Sounds From Africa SXSW 2015 showcase. The event will be bringing some of the biggest names from the African continent to Austin this year and features a striking line-up that includes Nigerian heavy-hitters , Davido, , and Ice Prince alongside Ghanaian stars Sarkodie, R2bees, and Samini, as well as and Côte d’Ivoire's Serge Beynaud. Do we really need to say more?

The double-stage Sounds From Africa show will take place at Palm Door on Sixth (508 E. 6th Street) on Friday, March 20 and is presented by RDPR, Winnie K Management and Coyah Production. Make sure to also check out the Sounds From The Caribbean stage on the patio featuring performances by Morgan Heritage, Gyptian, Machel Montano, Laza Morgan and Nyla. All of this, of course, comes on top of the announcement of our own massive Okayplayer House events at SXSW 2015, which will feature sets from Ibeyi and spinning from DJ Spoko and Fever Trails. Check out Davido's recent video for "The Sound" to get in the mood for Sounds From Africa below.

In addition, join us for the Meet Africa's Leading Musicians panel with Davido, Ice Prince, R2Bees and Sarkodie at the Austin Convention Center on March 20 from 12:30PM - 1:30PM. Don't miss out on these, Austin!

Update 3/16: Unfortunately, due to unforeseen circumstances, D'banj, Wizkid and Victoria Kimani have pulled out of the Sounds From Africa showcase. The rest of the performers will be in attendance, in addition to the newly added Emma Nyra.