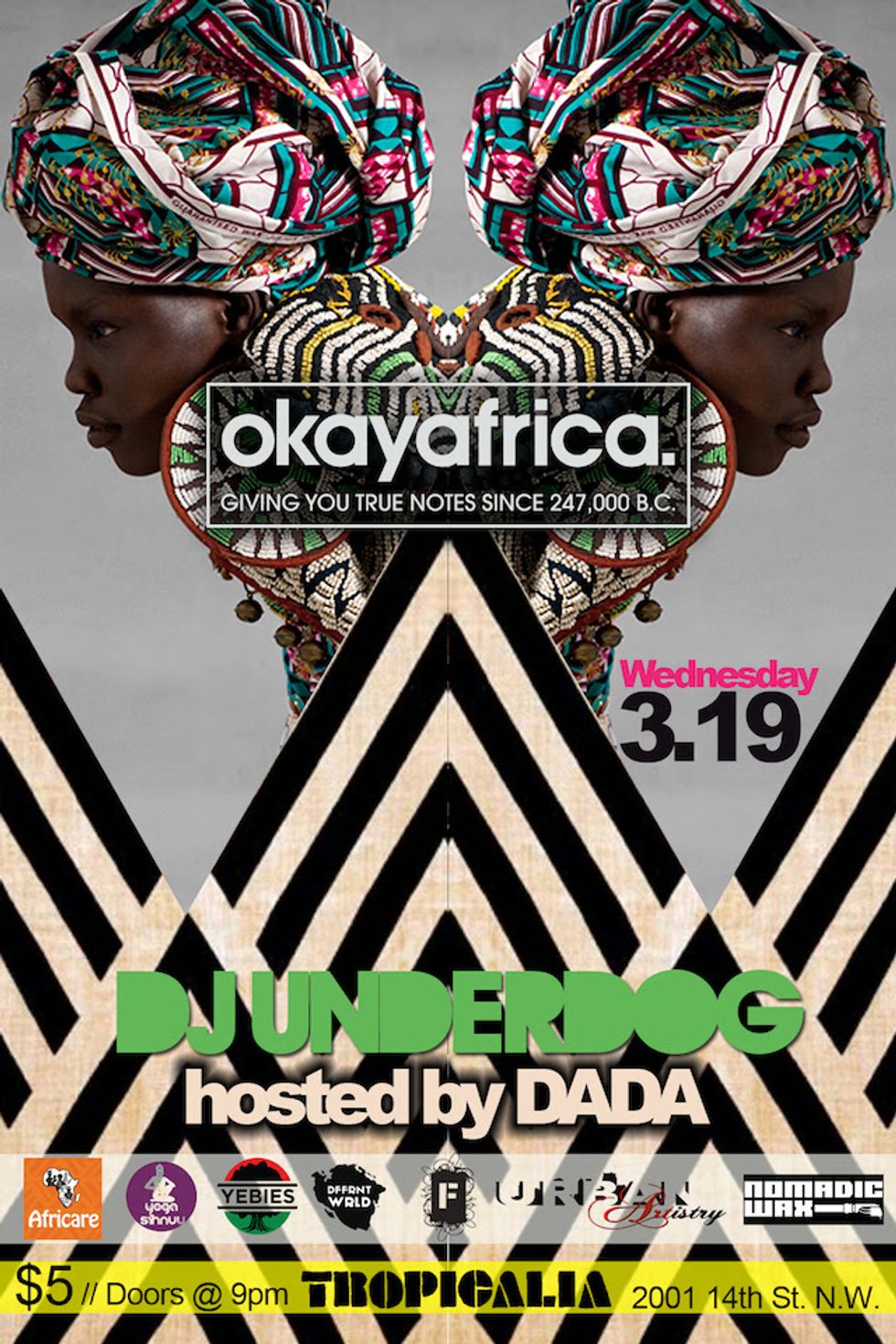 Join us this Wednesday for #OKAYAFRICADC, DC's number one African dance party!

DC's number one diaspora dance party touches down once again this Wednesday, March 19. #OKAYAFRICADC has been the capital's most consistent party delivering delivering kwaito, hiplife, kuduro, SA house, zouk, soukous, coupé décalé, Zambian house, kukere, azonto and a host of other African dance beats to a hungry city. Since the inception of #OKAYAFRICADC, there’s been a deep demand to keep it going. In the name of promoting the latest music and culture coming from the diaspora, Okayafrica continues it’s wave of mind-wide, foot friendly parties in the nation’s capital. On Wednesday, March 19, resident DJ Underdog and members of Farafina Kan will grace the stage at Tropicalia! No pretentiousness, no commercial radio nonsense, and no drama. Bring and towel and dancing shoes. Join the event on Facebook!