Frances Bodomo's 'Afronauts': What Became of the Zambian Space Program? 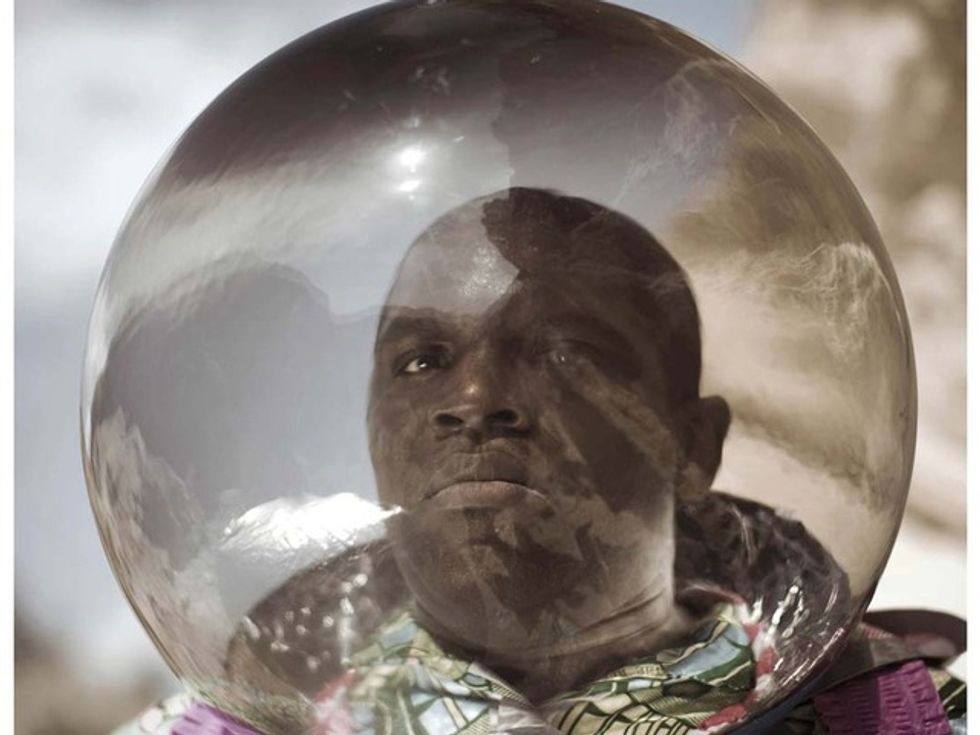 Back in the 1960s, at the height of the Cold War, the US and the Soviet Union were in a frantic race to launch their respective countrymen into space. Contrary to what the dearly departed Gil Scott-Heron thought at the time though, whitey was not the only one trying to get up on the moon: in Zambia, shortly after independence, grade school science teacher Edward Makuka Nkoloso's dreams of space travel led him to establish the new nation’s very own space academy in an old farmhouse 7 miles ouside of Lusaka.

Nkoloso was serious about the mission. He applied for a £7M grant from UNESCO, assembled a motley space crew comprising a 17 year old girl called Matha and two cats, and trained them by rolling them down hills in oil drums. The fantastic story has already inspired photographer Cristina de Middeland now young filmmaker Frances Bodomo will unpick the mysteries of this crew in her short film Afronauts. On her Kickstarter page she says:

“I am extremely excited to tell an underdog story from the perspective of exiles and outsiders, the people who most need the promises of the space race. The people whose stories are lost or silenced to an iconic mainstream history that documents fact. What do you do when you can't get "out there”?”

Bodomo’s short Boneshaker (2012) starring Oscar nominee Quvenzhané Wallis has been selected for a slew of major festivals including Sundance 2013 (where we reviewed it), and she’s clearly a director whose star is rising. Click through to her Kickstarter page to learn more and support an exciting and unique project. To quote the young director, support young black/African filmmakers and bid farewell to "Hollywood-funded pity parties on film!"