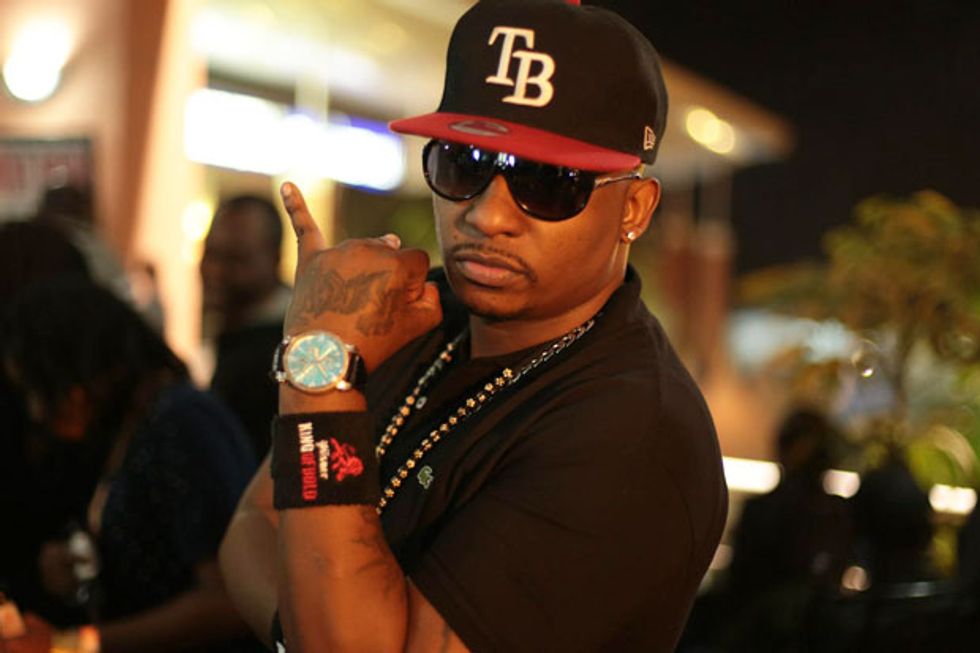 Kenyan-American newcomer Bamboo has taken on the role of closing the gap between American and African hip-hop with his new track "Bibi Yangu" produced by K da Great and featuring a dope sample of Congolese rapper and producer Didjak Munya's track "Mukusa." What's even more interesting is that Bamboo raps in Swahili, despite it being his second language to English — a reversal of the more typical preferencing of the English language over native tongues in African hip-hop. After spending the early part of his childhood getting into trouble in the infamous Inglewood area of Cali, the rapper's parents sent him to live in Nairobi. It's precisely this mix of cultures and influences that inspire Bamboo to utilize the language and sounds of his parent country; as much as hip-hop's disciples in Africa are constantly willing to adopt American styles, the opposite is rarely true, leaving the cultural exchange between American hip -op and African hip-hop a bit lopsided. Bamboo wishes to redress this discrepancy not only by using Swahili in his rhymes, but also by infusing his sonic aesthetic with various styles of 1970s and 1980s African pop music as sampled reference points. Listen to "Bibi Yangu" below.