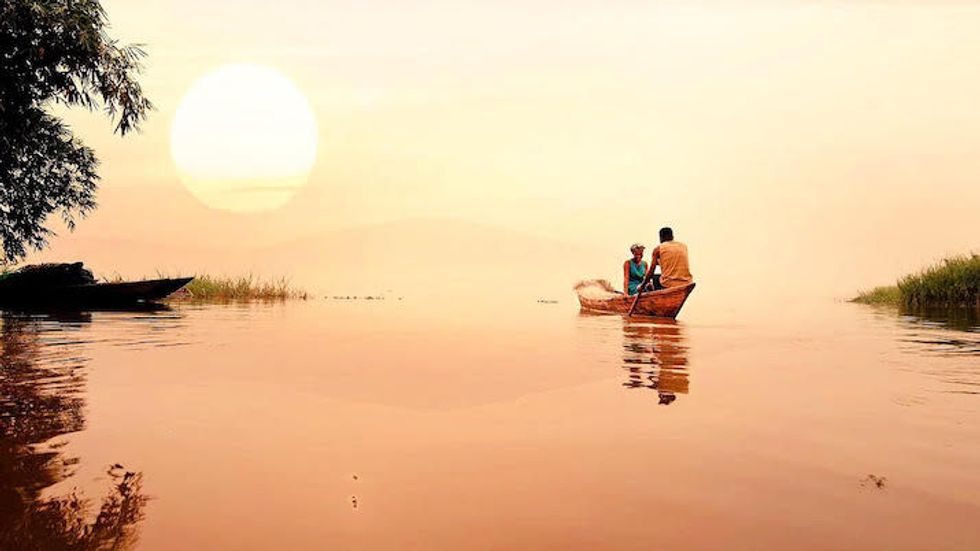 Here's a playlist of 10 African Love Songs from all over the continent to help you romance your significant other.

It's obvious that romance thrives across Africa. We're no strangers to l’amour and its importance, and songs celebrating our passion and enthusiasm for love can be found in a variety of genres.

Below, we put together a list of 10 African Love Songs from all over the continent that you should add to your playlist on this Valentine’s Day.

Share other love songs with us so we can help our brothers and sisters romance their significant others today, and every day, for that matter.

Stream all of our selections below and on our African Love Songs playlist on Apple Music.

Chidinma stays true to the style that catapulted her to the limelight with another one of her lovers' anthems. This time, with "Fallen In Love," it's different because she takes center stage on one of the first tracks in which she hasn't been a 'featured artist' in a while.

The video clip, set in Soweto, features Miss KDK playing a high school student who tells us a love story over the Masterkraft-produced single. It’s evident Chidinma was blessed with more than just a beautiful voice as you watch her onscreen.

Hear these selections and more in the 'African Love Songs' playlist on our Apple Music curator channel.

The multi-talented Malian composer, instrumentalist, and singer Sidiki Diabaté released one of his most famous songs at the end of 2015. "Fais moi confiance," produced by Diabateba Music, is the common story of a woman doubting her significant other’s feelings for her, and him doing everything in his power to make her trust him.

The song features the sound of a kora playing melodically in the background as Sidiki serenades and tips his hat to where he's from. The music video that brings this story to life was shot in Bamako and directed by 8-8 Prod.

There's no doubt you’ve got a hit on your hands when you come across a collaboration between Sarkodie, one of the African continent’s most prolific rappers and Runtown, the Nigerian artist taking over sound waves with his distinctive voice. Even more so when that track is produced by T Spize, the man responsible for Davido’s “Aye.” Runtown commands the hook in "Pain Killer" with a sprinkle of twi and Sarkodie raps on the low tempo beat to create magic.

Ghanaian DJ Juls teams up with Nigeria's L.A.X. to give us an African love story that will warm your heart. The easy-going song has love as its focal point and calls to mind a traditional wedding.

DJ Arafat shows no signs of giving up his crown as the king of coupé-décalé. In “Yelelema Sheney,” from his latest Yorogang album, he seems to return to the sound that's made him the star that he is in Ivory Coast and across the Francophone world.

In the "Yelelema Sheney," he sings of a young love that was lost because it was forbidden by the girl’s parents. He tries to find her to no avail, gives up, and moves on. But, to his surprise, she returns to him. The song ends on a cliffhanger in which we're unsure if he chose his young love or to stay with the woman he married. Yorobo fans are excitedly anticipating a music video for this track!

Hiro le Coq, leader of the Congolese Afro-pop group Bana C4, released this Mero and John Scorp-produced ballad for his solo project. The crooner, whose voice is reminiscent of rumba great Papa Wemba, sings in French and Lingala about what he would’ve given up for his love, but she burns his soul, so he sends out a distress signal screaming out “Mayday,”

The song “Nishike” (Swahili for “Touch Me”) from Kenyan group Sauti Sol has earned its place on this list because of how pivotal it remains to a late night.  Just one look at this video, and one listen to the track's sultry lyrics, and you'll be taken right to where you need to be as lead-singer Bien-Aimé Baraza sings, “let me whisper in your ear, baby get me right & clear… ooh nishike."

South African crooner Vusi Nova sings in pure Xhosa in this track from his soul-bearing album, Naninina. In true fashion for an African love song, "Thandiwe" is the name of the girl Vusi sings about. Vusi begs for a love that was lost, he speaks on how she's all he thinks about and inquires if the both of them are truly over.

Cameroonian singers Locko and Mr. Leo join forces for the French-English medley "Supporter." The two are no strangers to creating love songs that move audiences across their country as Locko’s “Margo” and Mr. Leo’s “Jamais Jamais” have solidified their places as stars. The song, produced by Salatiel, emphasizes the importance of staying in a relationship despite the trials and tribulations the two parties involved may face.

Audrey Lang is an alumna of Northeastern University and a Boston-based creative. A surveyor of life who’s enamored with all things fashion, art and Africa, keep up with her on Instagram and Tumblr.