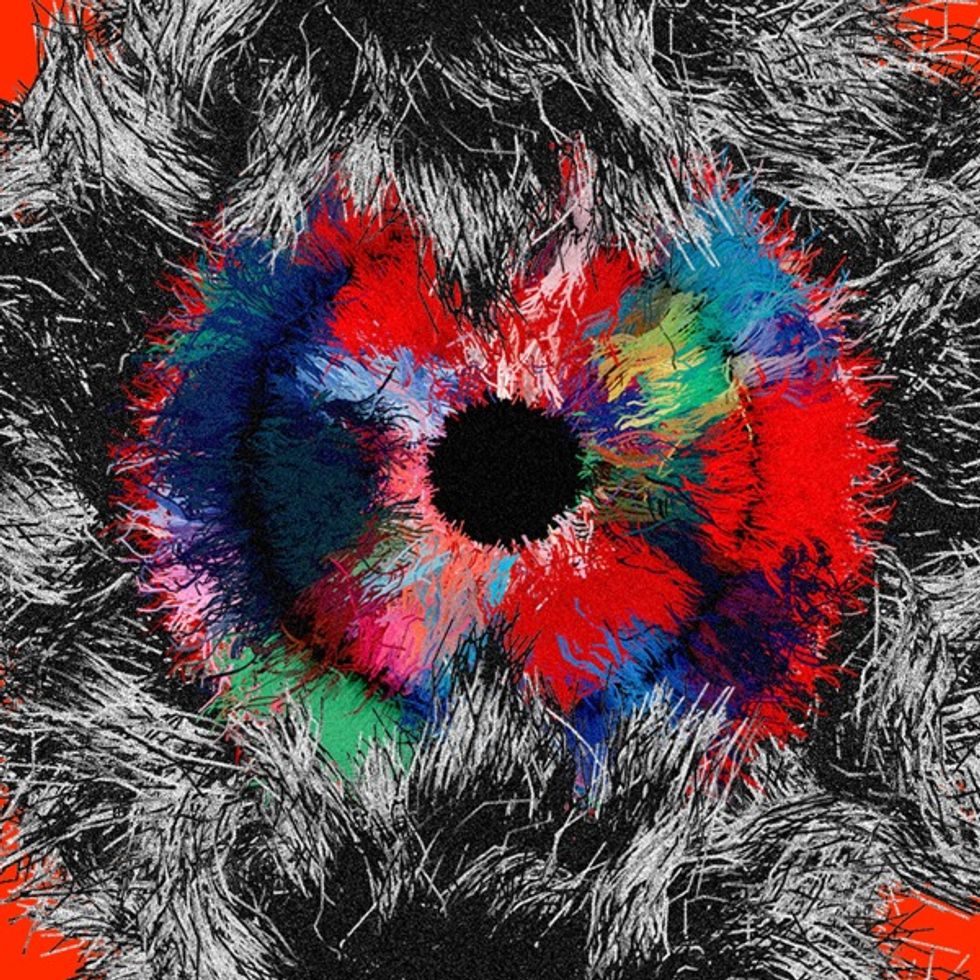 We speak to Ghanaian electronica songbird Oy about her upcoming African inflected album and get two free downloads of her singles.

Ghanaian/Swiss singer Joy Frempong aka Oy constructs infectious, left-of-center African inflected electronica, lavished with stories, proverbs and a basketful of samples from everyday life in the continent. We spoke to her about her influences, her recently released album Kokokyinaka, out via Creaked Records, and got two exclusive downloads of singles "Akwaba" and "Market Place."

Your songs live in a unique sonic landscape between Western electronica & pop and traditional Ghanaian/African music. How do you arrive at your sound?

For this album I chose to search for lyrical and musical content around African countries I had visited or was planning to visit, and to combine these influences with my experimental approach to writing music. I love a broad range of music, and probably just want a bit of everything in my own songs - so I've found a playful approach to juggle with styles and clichés. Using effects (electronic and natural) on my vocals helps me slip into different characters and the fact that I record my own samples makes the music never quite sound exactly like what it might remind you of. The acoustic drum set of Lleluja-Ha, who provided warm beats, is of major importance for this album as it's almost the only 'real' instrument on the album. And when I got stuck with the field sample library I bought my first synth ever.

The album contains samples collected across the continent — in Mali, Ghana, Burkina Faso and SA. Can you tell us about those trips, how you came about some samples and how they were later used?

I spent the first 7 years of my life in Ghana and have visited the country many times ever since, but was curious to get to know some other African countries. I chose Mali because of my love for musicians I had discovered in Europe, hoping to find more when I was there — and I did. Luckily enough, we arrived exactly at the time of the biennale of music, dance and opera, and my ears received beautiful massages!

I was also hunting for local proverbs and traditional stories like I had been told as a kid. In Bobo-Dioulasso I found (young) story teller Ismael Sawodogo, who combines his two jobs of being a taxi driver and a story teller for the best: finding new stories by talking to passengers and entertaining passengers by telling them his own creations. This encounter was so rich that I invited Ismael to perform with us at La Cigale, Paris for festival Ile de France past October.

In South Africa, on a cultural residency and for shows, I started cutting up into snippets and samples all the material I had recorded while travelling Western Africa, and did a few collabs and jam sessions. The track "Chicken Beer" was born out of a jam session with João Orecchia and Mpumi Mcata of BLK JKS in Johannesburg. I later revisited it and combined it with lyrics inspired by a 75-year old Ghanaian farmer and watchman who I had asked for a message to my friends in Europe.

The bass sound in that track is a sample of my mother's very noisy washing machine, recorded in northern Ghana. There's a South African bird in there, the audience clapping at the biennale in Mali, and rhythmical elements include knives being sharpened at a market in Ouagadougou. Later the drumming of Lleluja-Ha and electronic beat of Christophe Calpini, as well as replayed samples of João's and Mpumi's guitar, took the track in another direction.

The melodic string-like instrument in the hook on the track 'Bienvenue' is actually the wooden door at the cottage house I was staying at in Johannesburg. It didn't fit smoothly into the frame, and the sound of forcing it open served me well as a melodic sample. The squealing of Ismael the taxi-driver/storyteller's brakes, did me a similar services. As a vegetarian I faced a dilemma when receiving a cock and two guinea fowls from old friends around Christmas. I didn't save their lives, but made sure I'd keep their voices on the album ("Juju").

So certain samples were actually used to create melodies or as rhythmic elements, while others, like the "Halleluja" sample recorded in a small village church, simply help telling the story of - praising the Lord for hair, even if it's a wig made of some Indian lady's natural crown that was meant to be sacrificed in a ritual. God here, God there - Halleluja everywhere!

What bands or musicians would you say influenced the album?

This is some of the music that accompanied me in the period of working on the album or doing research for it: older African musicians like King Sunny Adé, Ali Farka Touré, traditional Ghanaian songs and highlife music as well as modern artists like Wanlov The Kubolor / FOKN Bois or Amadou et Mariam. On the European side, some of my recent favorites are Little Dragon or James Blake. It's hard to say who influenced me to what extent but I am certainly what I eat, so I try to chew the good stuff!

What's the meaning behind the album title Kokokyinaka?

Kokokyinaka is the Akan (Ghanaian language) name for the bird 'Great Blue Turaco or Giant Plantain Eater' whose looks I love - blue with a punky crown. It's also said to have taught man to drum, and so drummers would not kill or eat it. The reason I chose the title was because of this poem:

We greet you with ''anyaado''

We hail you as the drummer's child,

The drummer's child sleeps and awakes with the dawn.

I am learning, let me succeed.