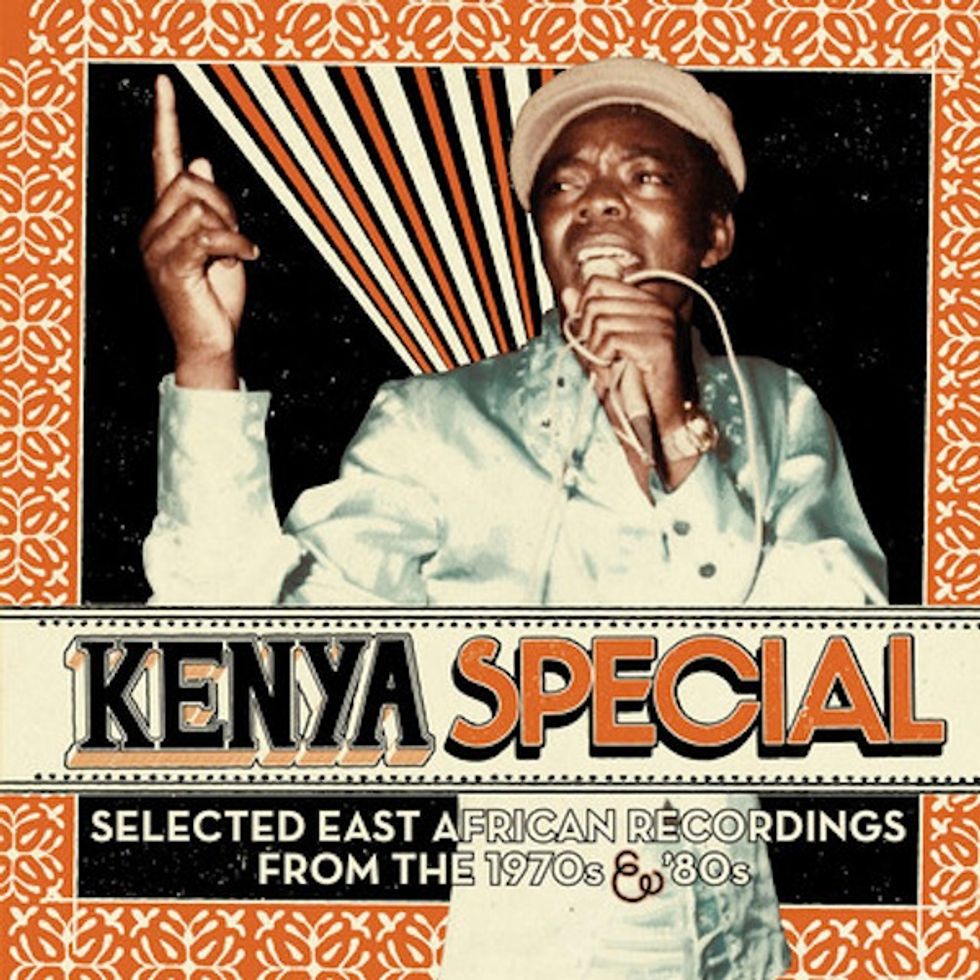 Soundway Records continues their African music 'Special' series with a new release, Kenya Special: Selected East African Recordings from the 1970s and 80s. Previous installments of the series have focused on the highlife and afrobeat genres out of Nigeria and Ghana, but this set finds the Soundway team revealing the lesser-approached musical contributions coming from Kenya during that time period. The musical landscape of 1970s Kenya was dominated by two seemingly unrelated styles - Kenyan benga and Afro-cuban rumba, which came to be interpreted by Congolese artists through visiting bands, many of whom eventually settled in the area. In addition to these genre-bending styles, Kenya Special also explores Kikuyu language 'liquid soul,' Swahili afrobeat, and the small experimental ensembles emanating from the hotel-sponsored scene. If it seems to be a tall order to accomplish in a 2xCP / 3xLP set, but we're confident the knowledgeable sonic researchers at Soundway Records delivered. Check out a preview below, and be sure to copKenya Special: Selected East African Recordings from the 1970s and '80s on April 28th (or May 20th, for you vinyl heads).