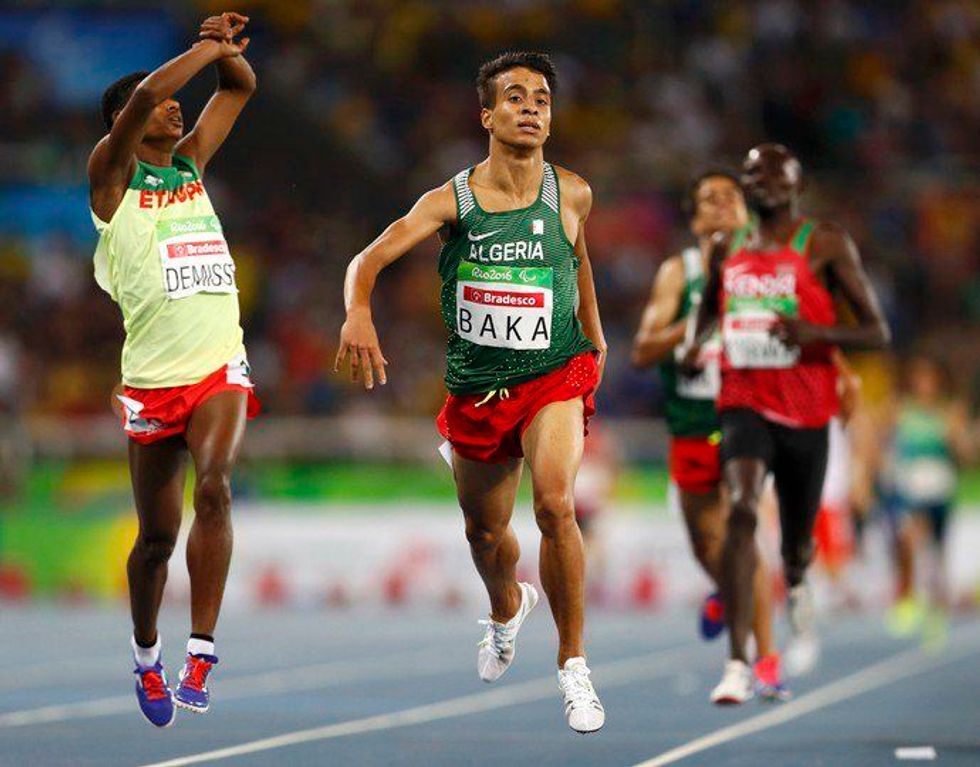 I have to admit that when I heard that four Paralympians just ran the men's 1500 meter faster than the able-bodied Olympians at the Rio games, I assumed it was because of some carbon fibre blade technology à la Oscar Pistorius.

Here's a perfect example of how biases warp perspective. Specifically my biases warping my perspective—the runners were competing in the visually impaired classification.

Nonetheless, they all ran faster than Olympic gold medalist Michael Centrowitz who finished in 3:50. By comparison the fourth placed Paralympian Fouad Baka came in at 3 minutes and 49.59. Baka's brother Abdellatif Baka won gold in a time of 3:48.29.

And one other thing, they're all Africans. Besides the Algerian Brothers, there was the bronze medalist Henry Kirwa from Kenya and silver medalist Tamiru Demisse of Ethiopia.

Demisse also made news at the finish line by crossing his fists above his head—a show of solidarity with Ethiopian anti-government protesters. This echoes his countryman, the marathon runner Feyisa Lelisa, at the Olympics, who is now looking for asylum in the United States after making a similar gesture.

#TamiruDemisse, not only he showed the protest sign, but also he refused to sing the national anthem #Ethiopiapic.twitter.com/BUAITh6qrR