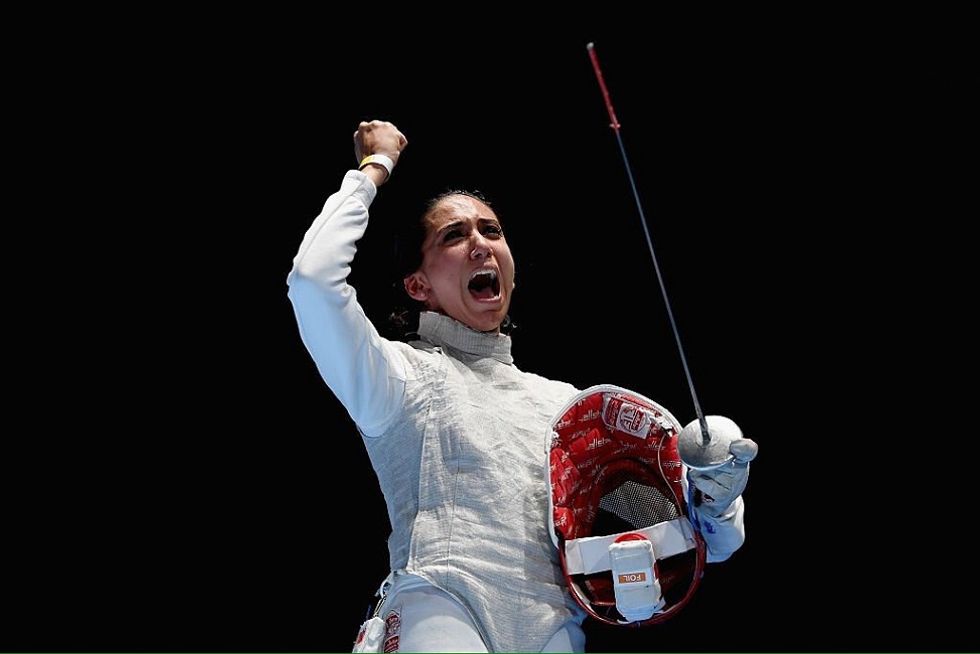 Tunisian fencer Ines Boubakri clenches a Bronze medal in a foil match against Russia’s Aida Shanaeva. She's the first African to clench a medal in fencing.

Fencer Ines Boubakri is the first athlete from the African continent to earn a spot on the winner’s podium in fencing.

Boubakri dedicated the medal to “the Tunisian woman, the Arab woman...who had her place in society.”

Her win was an epic one as she initially struggled against her Russian opponent. Shanaeva, who had beaten Boubakri at the world championships in Moscow last year, went up 7 to 4 by the end of the first period, and Boubakri had to battle back before she triumphed over her rival 15 to 11.

“I hope that this will be a message for all Tunisians, especially our youth, all Tunisian women, the Arab woman,” the 27-year-old Olympian says. “A message which says that you must believe that women exist and they have their place in society.”

Boubakri’s triumph in the Rio games brings to mind Queen Bey's lyric, “A winner don’t quit on themselves.”

You can check out a compilation of the bronze-medalist’s signature screech from the London Olympics here along with catching Boubakri's match and medal ceremony below.