AfriForum To Lay Charges Against EFF Over H&M Protests 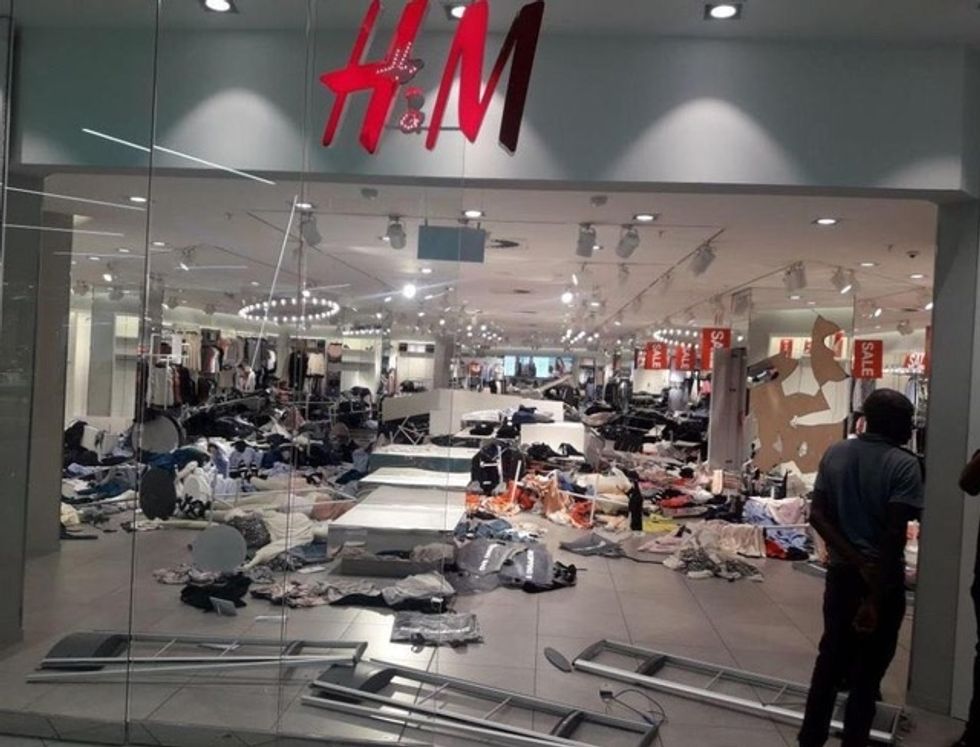 AfriForumis laying charges of incitement of public violence against the leaders of the EFF, HuffPost South Africa reports.

AfriForum is a civil rights organization whose main goal is to protect and preserve the culture, rights and freedom of specifically white Afrikaans people in South Africa.

This is after EFF protesters trashed two H&M stores in Johannesburg and Pretoria after the retail company's distasteful and racist "Coolest Monkey In The Jungle" ad last week.

AfriForum deputy CEO Ernst Roets says they were laying the charges against the three as they were enablers of "this behavior."

"Our complaint isn't concerned with the plundering of the shops, but with the fact that we have influential people who encourage people to do this and who make statements on social media which seem to show that they condone this behavior to achieve their political goals," Roets was quoted as saying by HuffPost South Africa.

The police are currently investigating cases of malicious damage to property and illegal gathering, but no arrests have been made so far.

The EFF hasn't shown any remorse, and they really shouldn't. White people are the last to tell us how to protest against racism. And, especially since they don't do much when black people are being victimized.

As Malema said in a tweet on Saturday, "We will never be told by any fool on how to fight against our oppression particularly those who have never been at the picket lines. There's no formula on how you should fight the oppressor, expect more action against all racists, individually and collectively this year."