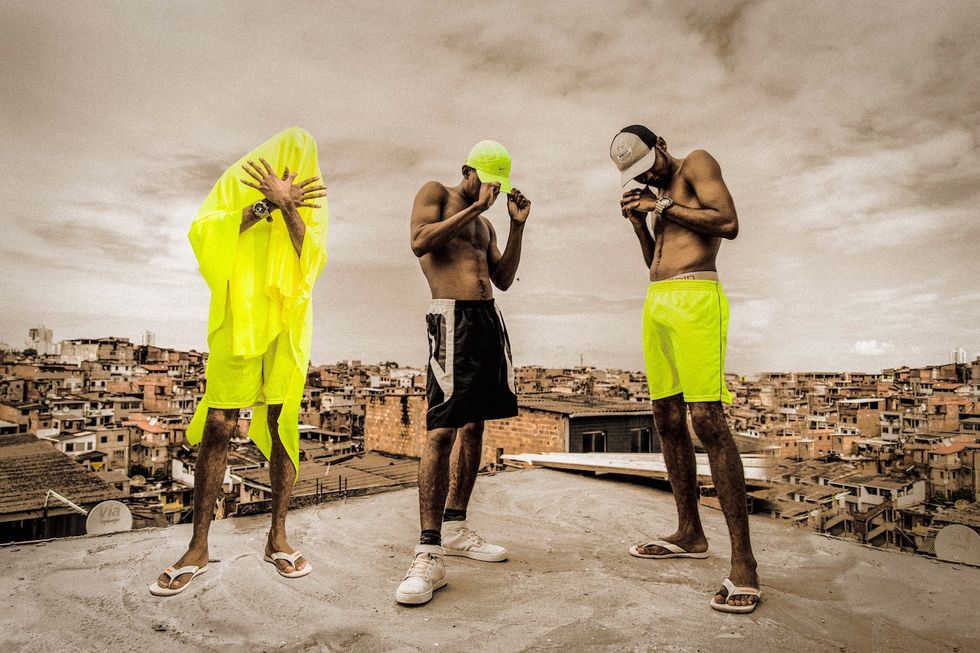 Get into the explosive Bafro EP.

TrapFunk & Alivio are a Brazilian group coming out with some truly high-energy, melting pot music built on influences from their home of Salvador, Bahia.

"We produced collectively using branches of afrobeat, funk carioca, rhythms of Salvador - Bahia," Trap Funk & Alivio tell OkayAfrica. "Bafro is the meeting of Afro rhythms found in the Global Bass universe that goes from Goias to Amsterdam, from Sudan to Nigeria, from Bahia to Brooklyn, from Brooklyn to Suriname, from Suriname to Cuba."

"The fact that the visual concept is in the woods or 'the forest' is meant to express the common exploiting diversity. Making an allusion to the universe of 'Rhythm' and stating that the owner is Africa. Woods and rhythm are a 'common' path that represents the greatness of the rhythmic possibilities that naturally exist in the world," mentions TFA.

Listen to our premiere of Bafro below and stream it now on Deezer, Spotify, iTunes/Apple Music, and Tidal.