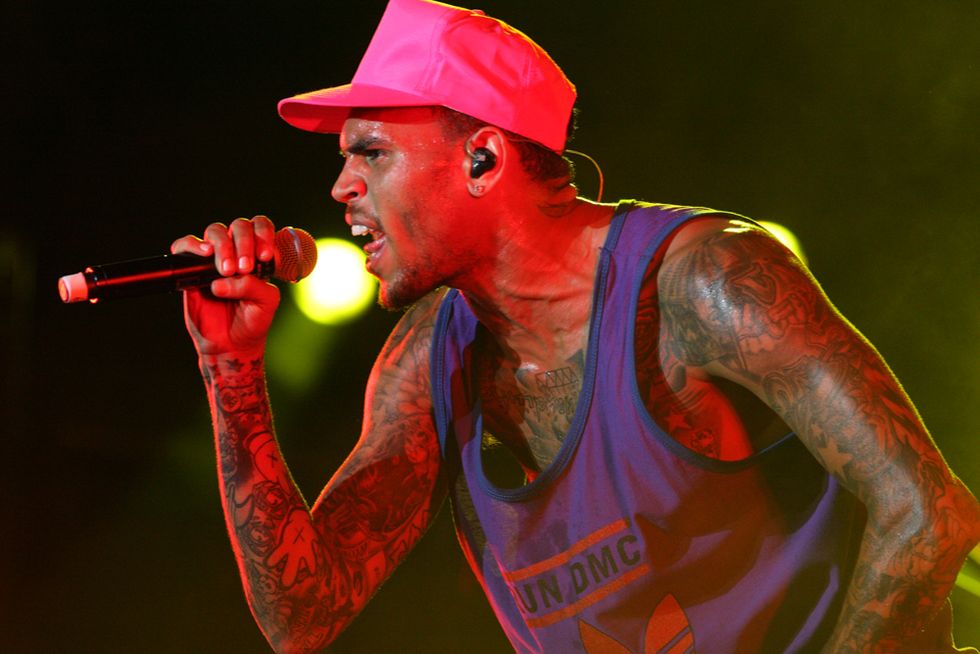 As Chris Brown's deals with another questionable incident with the LAPD, should afrobeats arists continue to associate their music with him?

That was the think piece I was writing this morning right before the latest mess hit the news.

Chris Brown’s slimy verses have graced a fair number of afrobeats tracks (see here and here) in an attempt to ride the afrobeats wave straight to the bank. The incident that’s still happening as I type just further emphasizes why he’s still trash.

According to the Los Angeles Police Department (LAPD), Brown is the sole suspect in a criminal assault investigation, after a woman called 911 and told the police that he threatened her with a gun after an argument in his home.

According to TMZ, he had friends in his home, including Ray J—who was supposedly getting a tattoo—when “uninvited guests” appeared inside the house and were asked to leave.

“At that point, the story gets murky,” TMZ continues.

“The guests included a man who was invited, and two women who were not—one of the women who'd been asked to leave is the one who made the police report, claiming Brown pulled the gun on her. Someone inside the house insists Chris was asleep the whole time.

At some point Ray J left the house and when he got to the base of the driveway, police handcuffed him and seized his BMW. They checked his ID, uncuffed him and let him go, but kept his car as evidence. He Ubered home.”

As this story develops, Brown is in his house and assumed to be armed. The police knocked on his door, and according to a live streamed press conference, detectives have been trying to get in contact with him. The SWAT team was even en route to his residence as LAPD’s been in the process of obtaining a search warrant.

Brown’s rants on his Instagram for a second made me want to give him the benefit of the doubt:

Recent reports now say Brown threw a duffel bag out of the window of his home, where LAPD found at least one gun and other weapons and drugs.

All year, especially this summer, we’ve seen cool cross-cultural collaborations between afrobeats artists and the artists of the diaspora.

But after this, should afrobeats artists continue to want Brown’s co-sign on their tracks? This is the man who sent Rihanna to the hospital, among others. If an artist chooses to work with him, does their silence around his actions equal complicity (and another example that the issue of domestic violence goes unnoticed in the African community)?

These (and more) are questions that need answers, especially as we get more details around this incident.