Afrofuturism & Spirituality In Our Film, 'Ori Inu: In Search Of Self' 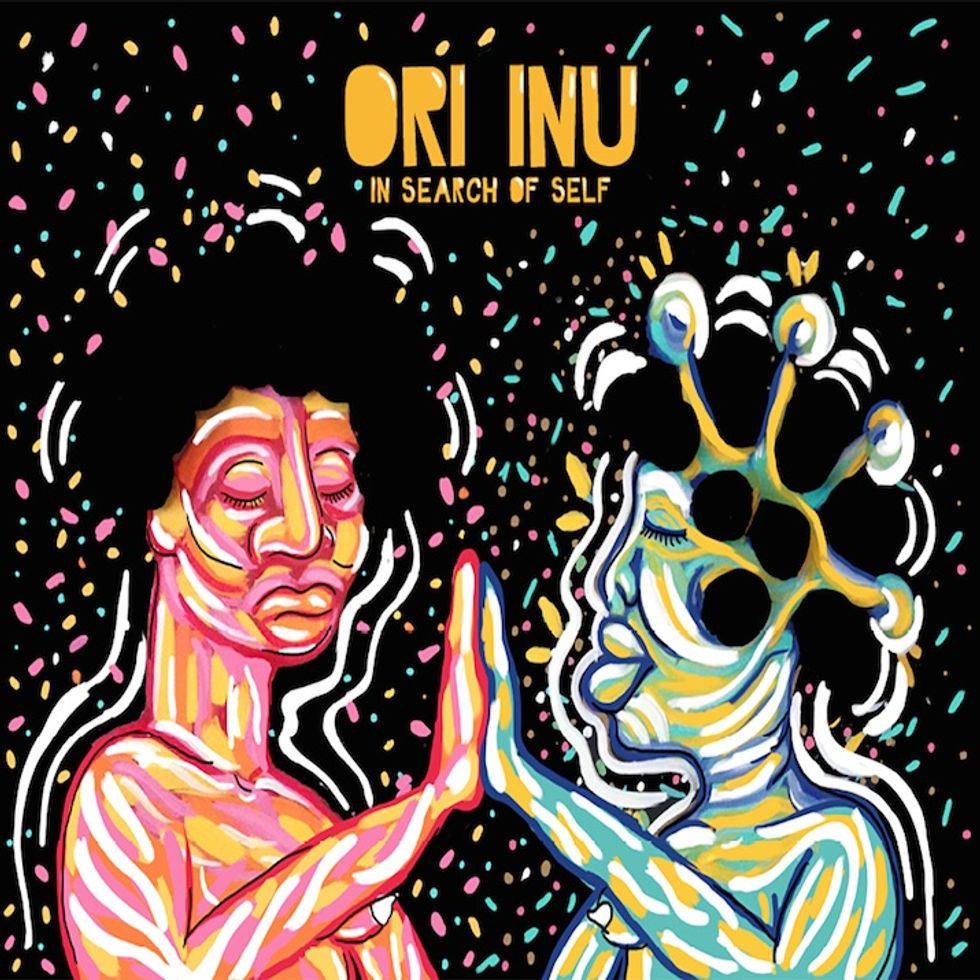 'Ori Inu: In Search Of Self' co-creator and producer Emann Odufu reflects on Afrofuturism and spirituality in his new film.

'Ori Inu: In Search Of Self' artwork by LLANAKILA

'Ori Inu: In Search Of Self' is an afro-futuristic coming-of-age story about a young immigrant woman who must choose between conforming her identity and spirituality to the cultural norms of America or revisiting her roots in the Afro-Brazilian religion known as Candomblé. The brainchild of Guyanese/Nigerian/American brother-and-sister Emann and Chelsea Odufu, the forthcoming short film stars Tony Award-winning actress Tonya Pinkins (All My Children) and Newlyweeds' Trae Harris, and features performances by Les Nubians and the NYC-based duo OSHUN.

In the op-ed below, the film's co-creator and producer Emann Odufu reflects on Afrofuturism and spirituality in 'Ori Inu: In Search Of Self.'

Though the word Afrofuturism is often thrown around, it's difficult to define in any sort of concrete way. Some look back to Sun Ra, John Coltrane, and George Clinton as the vanguards who helped form their understanding of Afrofuturism– but how does Afrofuturism manifest itself in the present day artistic works of young creatives and artists? Has hip-hop, the internet and the evolution of a "global culture" added new meaning to Afrofuturism? Are the vanguards of Afrofuturism's past projections still relevant today?

As young creatives who categorize our latest film, Ori Inu: In Search of Self, as part of the trope of Afrofuturism, we believe that Afrofuturism is as relevant today as it was in the past, though it's evolved with the changing times. The world looks very different after Steve Jobs revolutionized global interconnectivity with the iPhone. The youth of the present day are reinterpreting and re-appropriating notions of Afrofuturism and making them relevant to our modern culture.

For purposes of clarity, let's describe Afrofuturism as a cultural aesthetic that uses elements of fantasy, science fiction and magical realism to celebrate the existence of non-western ideologies. It envisions an idea of modernity that is inclusive of Africa’s contributions to modern society.

Helen Beyene in 'Ori Inu: In Search Of Self'

Afrofuturism promotes the syncretic idea of a society that embraces the multi-cultural influences of the globalized world in which we nowadays live. We believe that Afrofuturism questions the events of the past, present and future, and challenges us to reexamine some of the stigmas of inferiority that Western philosophy has placed on African culture. In doing this, it promotes a more egalitarian world. At the same time, it's necessary to note that Afrofuturism celebrates cultural diversity without pushing for the homogenization of global cultures into one meaningless identity, as many traditional theories on Futurism do. Instead, it says that although we live in a hybridized society, it's important to celebrate and appreciate the diversity of identities, cultures and experiences in our world. Afrofuturism is not color blind.

We created Ori Inu to address issues of intolerance within our society by examining the present day struggle of the Afro-Brazilian religion of Candomblé to be accepted as an official religion in Brazil. The film was conceptualized with questions such as: Why is the idea of African spirituality generally characterized as other or evil, when Greek or Roman mythology is not portrayed in the same light? Why is African spirituality still seen as primitive and backwards, and how could we make a film that reverses these stigmas and shows the relevance of African spirituality in the present day and even into the future?

Ori Inu was also inspired by poet Ishmael Reed’s theory of Neo Hoodoo and his ideas on multiculturalism. We were fascinated by his belief that African spirituality, though it has institutionally been relegated to the shadows, has stayed alive in the music, art, and culture of African diasporic people. Furthermore, because of the increasing popularity of the music and art of the diaspora in today's globalized pop culture, this African spirituality is shared by everyone– not just people of African descent.

Tonya Pinks & Lyric Dorcely in 'Ori Inu: In Search Of Self'

For this reason, music plays a key role in the film. We've chosen to incorporate songs and performances by Les Nubians and OSHUN to demonstrate the interconnection between our ancestors' sprituality and the music and art we consume daily. Our hope for the film is to reimagine a future that is increasingly detached from the past and history. We celebrate the culture and glory of our ancestors to envision a future whereby stigmas of inferiority are no longer attached to images of Blackness and Africanness.

In this globalized and interconnected world, we need to begin to understand this hybridity of culture, which, though it's always existed, is becoming increasingly visible because of the World Wide Web. We have to demand that the institutions of the world begin to represent our vision of a more harmonious future for all people. We look at Afrofuturism as being a combination of tapping into our roots and embracing the similarities between African spiritualities and the many other spiritualities of the world.

'Ori Inu: In Search Of Self' is currently campaigning on Kickstarter to secure post-production funds. On Saturday, September 12, Brooklyn's MoCADA is holding a trailer release celebration for the film. Keep up with 'Ori Inu' on Facebook / Instagram / Twitter.