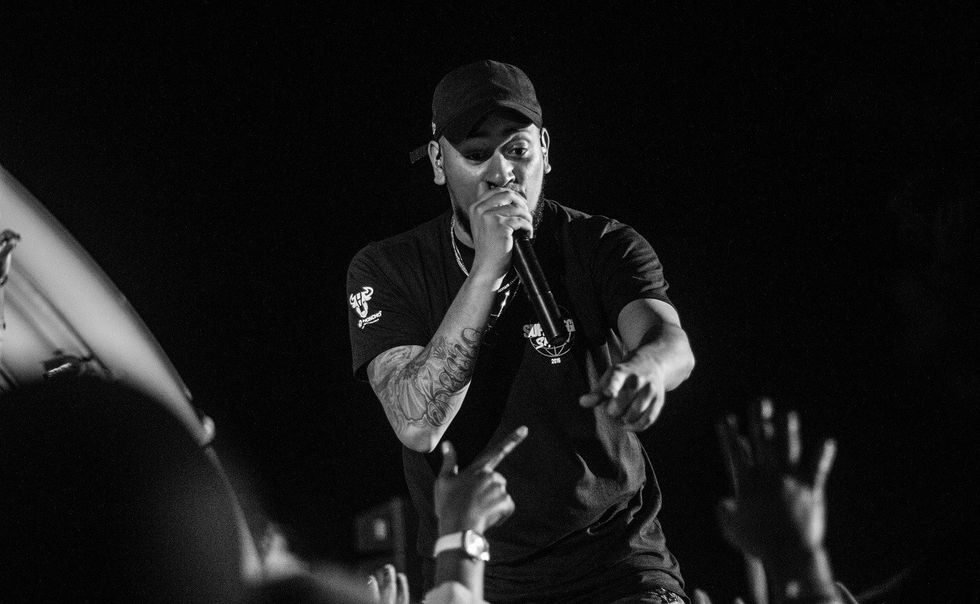 AKA wants to involve fans in his last album.

Last week, South African rapper AKA and his fans decided on a name for his fanbase, "the Megacy."

Right after, he announced what he dubbed the #TouchMyBloodChallenge, in which he will invite members of the Megacy to design the cover of the album which will be called Touch My Blood.

The rapper will share photos from a shoot he's doing specifically for the cover. He will then share a reference of what he wants the cover to look like.

Next week I will be uploading a link where designers/artists can download the open file from the shoot I'm doing for my artwork. I will also include a brief where I will include references for what I'm looking for ...
— AKA (@akaworldwide) April 20, 2018

The public will be competing with AKA's team at his company Beam Group. The rapper mentioned that the fan who will make the best design will win an internship opportunity with the company.

The catch is ... you will be going up against my own Beam design team. If you can beat them ... you can join them. One year internship at Beam Group. What you think about that?
— AKA (@akaworldwide) April 20, 2018

So, let's meet here same time next week ... sharpen your pencils, refill your pens, fire up your computers AND your imaginations for the #TouchMyBloodChallenge 💉
— AKA (@akaworldwide) April 20, 2018

Touch My Blood, which is coming on May 25, will be AKA's last album, according to him. And it looks like he's going all out. This isn't the first time a South African rapper asks fans to be involved in the making of an album cover. Nasty C for his debut album Bad Hair (2016), asked fans to send him photos of their "bad hair," and he made a collage of all those photos and incorporated it in the cover of the album.