AKA Will Perform With A 30-Piece Orchestra In Upcoming Concert 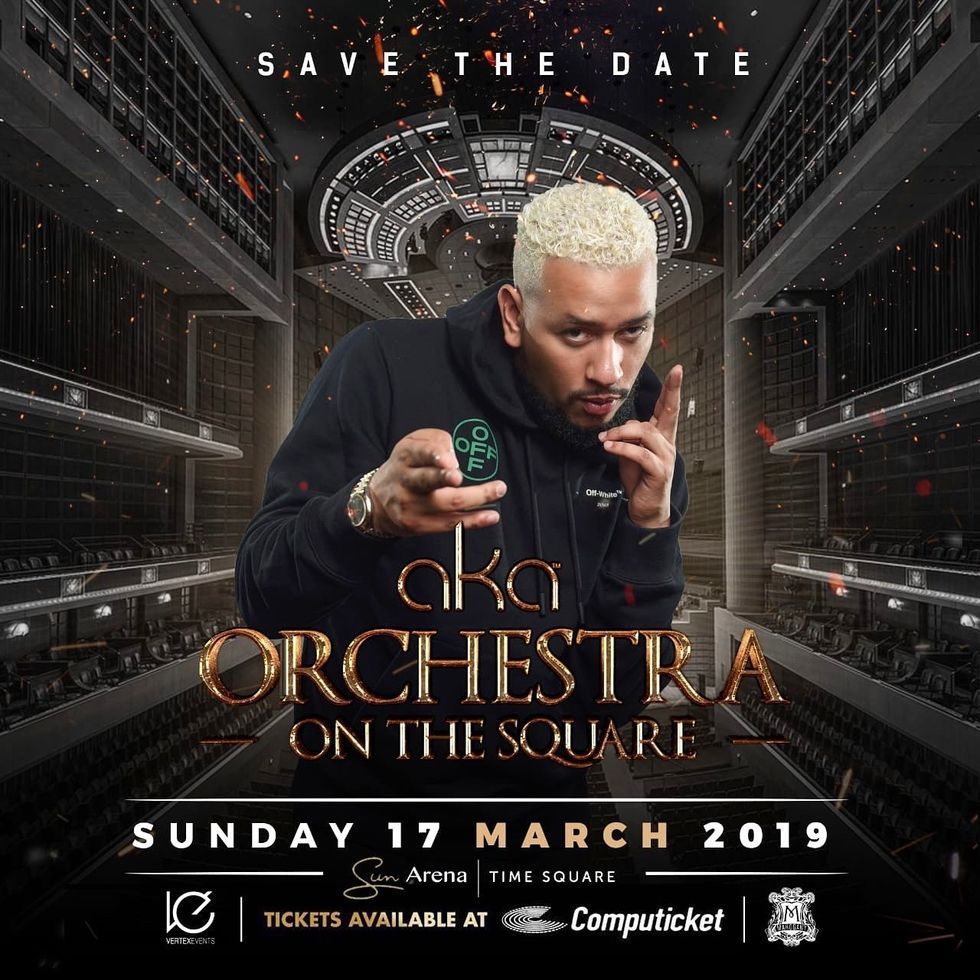 Supa Mega's AKA Orchestra On The Square concert will sure be a vibe.

South African rapper, producer and self-proclaimed pop star AKA will perform songs from his three albums in March 17. Hosted at the Sun Arena at Time Square in Pretoria, the event will see the MC take to the stage with a band and a 30-piece orchestra.

"This is something I've wanted to do for a very long time. I want to give my fans a different opportunity to see me perform," said Supa Mega in a press release about the concert, which is named AKA Orchestra On The Square.

AKA is clearly following in the footsteps of one of his idols and inspirations, Kanye West, who performed songs from his first two albums, College Dropout and Late Registration in 2006. The show, which resulted in a live album and DVD, Late Orchestration.

Supa Mega is a great performer, has three solid albums— Altar Ego, Levels and Touch My Blood—under his belt, and pays attention to detail. So AKA Orchestra On The Square should be a marvel to watch.

AKA Orchestra On The Square, which will take place from 4pm on Sunday, 17 March 2019, at the Sun Arena at Time Square in Pretoria.

Tickets are available at Computicket.