AKA, Arrogance and Hypocrisy 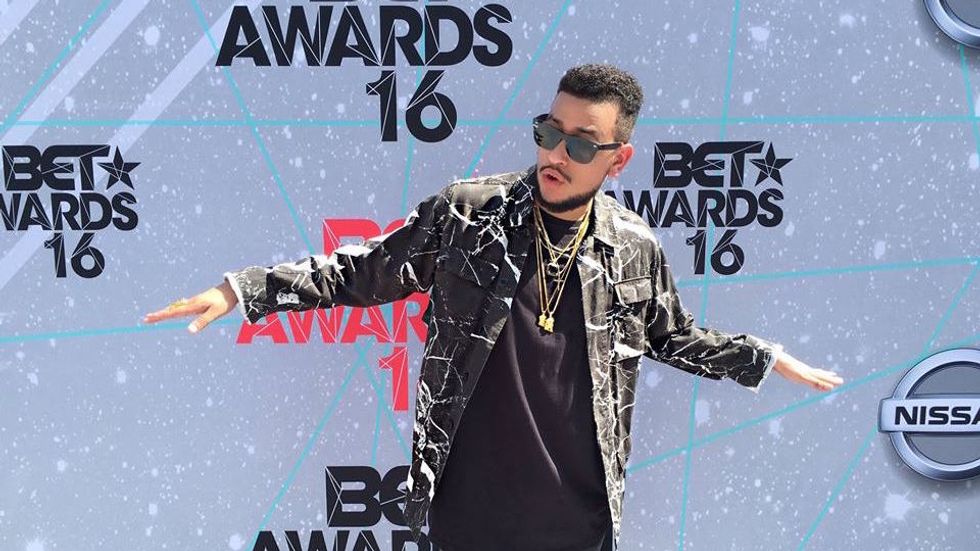 The last two weeks have been great for South African music. Beatenberg were on The Tonight Show with Jimmy Fallon. AKA was on 106 & Park. Cassper Nyovest was on Sway In The Morning. And Black Coffee bagged the first BET Award by a South African artist.

But some South Africans are choosing to see Black Coffee's victory as a loss for AKA.

Of course, tweeps triumphing at AKA “losing” is nothing new. When the rapper walked away empty-handed (or should I say “Emtee-handed”) at the SAMAs a few weeks ago, the hashtag #AKAwinanga (Zulu for “he didn’t win”) trended for more than a day. Twitter celebrated AKA’s loss because, you know, he’s arrogant. The rapper who had claimed to be South Africa’s new king of pop a few months ago lost in all categories he was nominated in, including the publicly-voted Record of the Year award.

AKA finds himself in this position owing to our hypocrisy. As human beings, we encourage the idea of self-expression, and believing in oneself. But as soon as fellow humans do it, and their words make us uncomfortable, we seek to silence them. "Be humble," we dictate to them.

Who’s to tell a man where to draw the line between arrogance and confidence? AKA is not shy to remind you how major he is. While other rappers reserve bragging for their rhymes, AKA is the same person on wax and on them Twitter streets.

I don’t always agree with everything he says or does. For instance, I don’t get why he addressed his baby mama on Twitter last month. But when it comes to calling himself the best in the land, AKA has every right to brag. There have been tonnes of great artists in South Africa. But as AKA says on his latest single, “Dreamwork”—“The last five years ain’t shit without me.” The rapper has been running in the major leagues since releasing his debut album, Altar Ego, in 2011. Few South African rappers can claim to have reigned that long.

I’ve been following AKA since he went solo, when his biggest song was his breakout hit, “Do It.” Back then he was “starting out with a pipe dream, white T and an ice cream”—as seen on the cover of his 24/7/366 mixtape. On the verge of Altar Ego’s release, he was asked if he expected the album to go gold. His answer was a resounding “no.” He said he was expecting to sell anything between 6,000 and 8,000 (gold was 20,000 in South Africa at the time–it has since been reduced to 15,000). He mentioned that he was not yet where Teargas was. Teargas was the most popular crew at the time. Their album, Dark Or Blue, had gone gold towards the end of 2010.

The interview revealed an artist being real about their situation. AKA’s always understood the levels things. He understood that he still had a long way to go, and he wasn’t ashamed to admit it. AKA bagged three Metro FM Awards in 2011, for Altar Ego. Reporting on that win, one South African publication addressed him as South African hip-hop’s crown prince, a title he kindly embraced. He’s been known as The Prince of South African Hip-Hop ever since.

As AKA’s profile grew, so did his standards. The rapper started affirming his impact on Twitter and in interviews. He became picky. He began demanding the same treatment given to Kanye and Kendrick by organisers. In 2015, Super Mega wasn’t an up-and-coming rapper anymore. He was a star, and he had the accolades to prove it. He even made the decision to stop opening for international rap acts, after he felt disrespected at a Kanye show.

“We still have that mentality of saying ‘how can AKA and Drake be on the same stage?’” he once asked in an interview with Forbes Africa. “We need to address our own self-worth. Apartheid left in us the idea that we are not worth more and we need to change that.” In that same interview, he made a comparison of how artists are treated in South Africa versus Nigeria. He said Nigerian artists were encouraged to be great, while South African artists were encouraged to share the humble pie’s crumbs. “[It] makes us meek, subservient and easily taken advantage of,” he was quoted as saying.

In South Africa, fans will deplete their data bundles telling AKA how to be humble. Like, please send me a link to a Times LIVE article about an artist trending for being humble.

The sad part about how South African fans choose to be with their artists is that an artist such as AKA will go down in history as one of the most arrogant rappers of his time. But AKA has done more than rant on Twitter. He is the first English rapper to win Best Hip-Hop and Best Male at the SAMAs; the first English rapper to have a platinum-selling album; among the most consistent mainstream hip-hop artists; and one of the few rap acts to have their albums locally released on vinyl.

There are more accolades. And also not leaving out the fact that AKA has raps, makes great music and puts on an amazing show. Why be apologetic about all that? You don’t have to agree with AKA or like how he chooses to handle himself, but let the man be great.