An AKA and YoungstaCPT Collaboration is in The Works 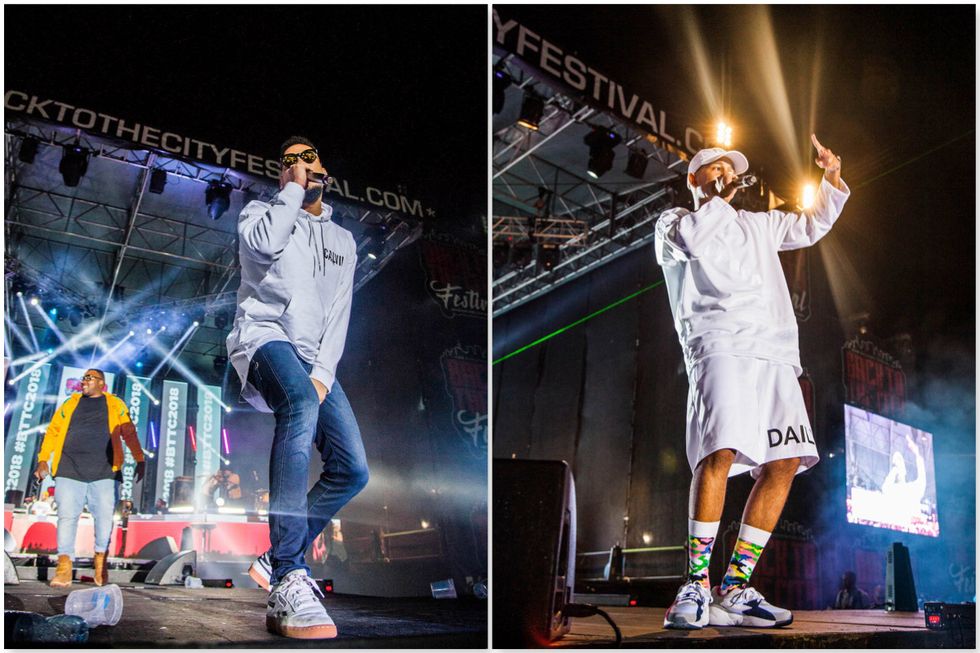 AKA and YoungstaCPT were in studio last night.

The long overdue collaboration between South African hip-hop artists AKA and YoungstaCPT is finally materializing. AKA revealed in a tweet last night, stating why he didn't watch his own roast, which was broadcast on TV last night.

"I couldn't watch the roast tonight because I'm in studio making a song with @YoungstaCpt. Finally," Supa Mega tweeted.

When I asked YoungstaCPT in 2017 when he would collaborate with Supa Mega, his response was, "When the stars align."

He added that he was cool with Mega, and that they had met on a plane a few years ago, and Supa Mega asked him if YoungstaCPT had really put out 24 mixtapes (he did). "That's a lot of rapping," AKA said according to YoungstaCPT.

The Cape Town rapper doesn't believe in forcing collaborations. He told me, "I like the characters to be on the same level. Like, if I can't have a conversation with you, how can we make a song that will stand the test of time?"

This will be an interesting collaboration, given how different the two artists' music is. The fact that you can't predict what it will sound like is what makes it even more exciting.

AKA has been a collaboration spree recently. About two weeks ago, he took the likes of Sjava, Gemini Major and several others to a secret location to work on some music. He tweeted over the weekend that he was struggling to reach Reece, and also promised to work with The Big Hash. Clearly, the man's upcoming album will be a round table of SA hip-hop royalty, and we can't wait to hear it.

YoungstaCPT's album 3T is dropping on the 29th of this month. Listen to the first two singles below.

YoungstaCPT - VOC (Voice Of The Cape)www.youtube.com