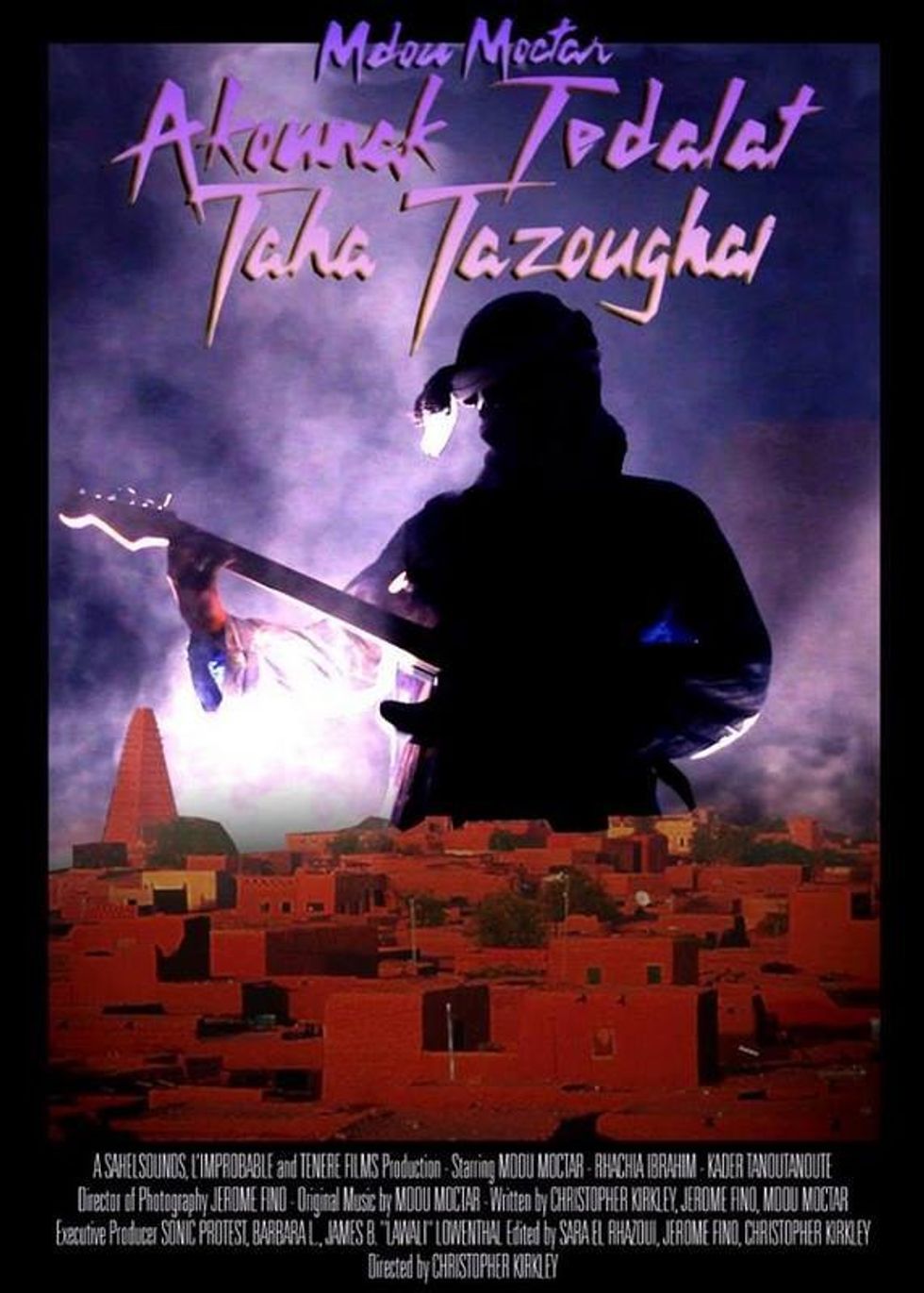 Watch the trailer for the Tuareg film remake of 'Purple Rain' & 'The Harder They Come,' starring Mdou Moctar.

A little over a year ago, we reported on Akounak Tedalat Taha Tazoughai (Rain the Color Blue with a little Red in it), a feature-length film starring Tuareg guitarist Mdou Moctar as a musician striving for success amidst the guitar scene in Agadez, Niger. The first film shot entirely in the Tuareg language was co-written and directed by Sahel Sounds' Christopher Kirkley and pays tribute to Prince's film Purple Rain and the Jimmy Cliff vehicle The Harder They Come, will be viewable very soon. Following a premiere at Portland, Oregon's Hollywood Theater on January 29, the film will have another showing on February 5 at Marseille, France's Le Gyptis. Previously, Akounak had a packed screening in Agadez where it was lauded by the attendees and received favorable reviews. As Kirkley explains in an informative and humorous Sahel Sounds article, though, the Kickstarter-funded project will still evolve as there are "rewards coming... DVDs are in production. The soundtrack is in its final stages of mixing and an LP will be released this year. And we are slated to release the film in West Africa across the Tuareg diaspora." In the meantime, check out the trailer for Akounak Tedalat Taha Tazoughai (Rain the Color Blue with a little Red in it) below.