Akwaeke Emezi Shares the Cover of Her Debut Novel 'Freshwater' 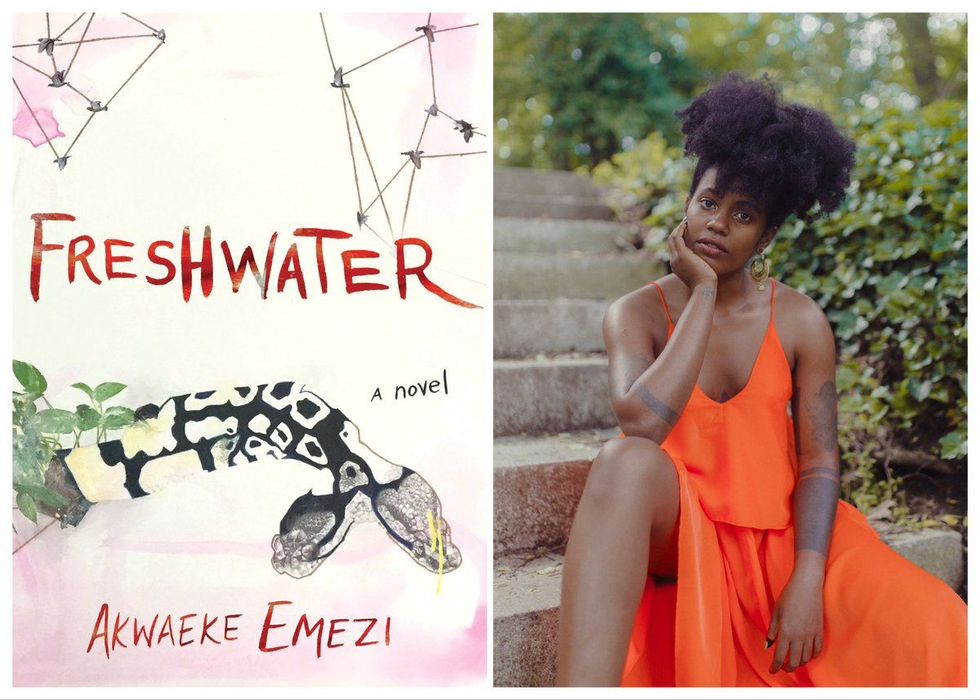 Emezi's debut novel explores the many layers of identity, as she tells the story of a Nigerian woman by the name of Ada who possesses several selves as a result of being born "with one foot on the other side," reads the synopsis.  As the story progresses, Ada's selves being to gain control of her life.

"It acknowledges people who live between multiple realities," says the writer in a press release. "And in this time when so many people's realities are being challenged, denied, or destroyed on a daily basis, I believe it's incredibly important to talk about a world where more than one reality is embraced, where realities can be a safe haven and not a place to be destroyed."

the cover for #FRESHWATER🌊 is out! coming february 13, 2018 from @groveatlantic, you can now preorder it here: https://t.co/jVbgdFzMYA 💥💥💥 pic.twitter.com/JaED5lm52d

"I want Freshwater to be accessible to everyone who needs their realities affirmed," says Emezi. "I want it to be loud and shiny so those who need it can find it."

Emezi was recently featured in the music video for Jay-Z's 4:44, you can check the video out below, and preorder Freshwater now via Barnes and Noble, Amazon and Indie Bound.