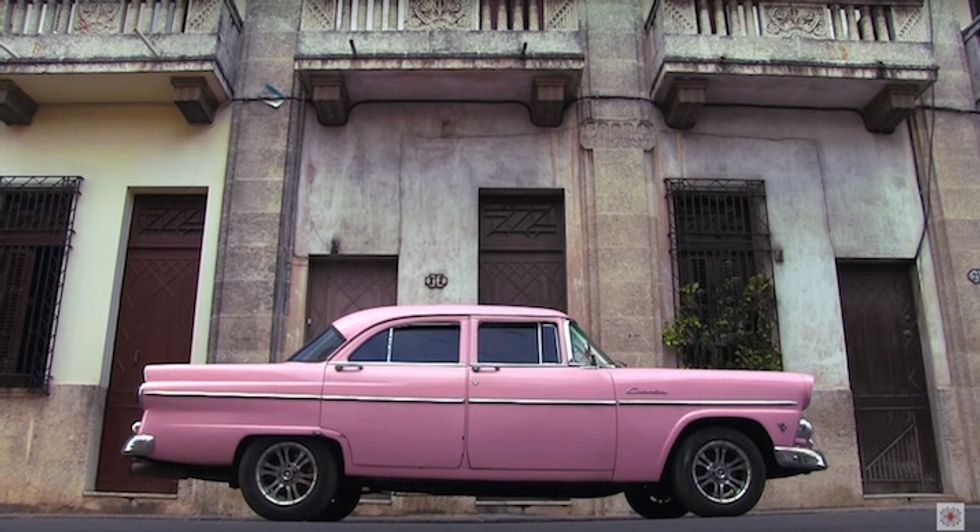 Alfredo Rodriguez believes that there are many cultural ties between Cuba and Cameroon.

“Raíces (Roots)” sees the Cuban pianist and composer joining forces with Cameroonian singer & bass player Richard Bona for a nostalgic song about longing for 'home.' As the artists tell us, the meditative track is an exploration into the connections between Cuban and Cameroonian music.

Rodriguez’ latest album Tocororo, which is executive produced by Quincy Jones, takes a look at the many faces of Cuban music and culture through a number of collaborations with international artists like Ibeyi and Ibrahim Maalouf.

Watch the Cuba-shot music video for “Raíces (Roots)” and read our chat with Rodriguez and Bona about their collaboration below.

What was the inspiration behind "Raíces (Roots)"?

Alfredo Rodriguez: "Raíces (Roots)" is about my upbringing in Cuba—about where I came from and my experiences growing up. It's kind of hard to explain what it means to me in words because when I was writing it I wasn't thinking in words, I was thinking about the emotions like love, nostalgia, and the feelings I have for the family and friends I left behind.

Richard Bona: Music is a very spiritual thing for me. In this song I'm singing about the spiritual gift of music with the humility and pride I feel when I play and sing.

How did you two first get in touch to collaborate on the song?

AR: I've known about Richard's music for a long time and collaborated with him some years ago. Through that experience I got to know more about his upbringing and realized that we had a lot more in common than we thought.

RB: We first met through Quincy Jones at the Montreux Jazz Festival a few years ago. He's an amazing young talented musician and it's always a pleasure playing with him.

AR: There are a lot of cultural similarities between Cameroon and Cuba because of Africa's influences in Cuba's culture, like how we talk and how we dance. When I was writing "Raíces" I knew right away that he would be the right guy for the song.

Does this song show a particular shade of your songwriting? What influenced the song?

AR: I write music from the heart and my experiences. All the songs on my new album Tocororo have their different stories, and show different shades of myself as a person. This album tells two parts of my story: my life in Cuba and my life in the U.S. When I came to the U.S. I was able to collaborate with many people from around the world which is why I have collaborators from India, Lebanon & Spain on this album. This song in particular hits a little closer to home because it is about where it all started.

RB: I love Cameroonian music, it's what I grew up with, and to me it's the best music. It makes me feel alive. To put it simply, I would say you have the influence of great music on this song...

Lastly, Alfredo, you also collaborated with Ibeyi on this record. Can you tell us how that collaboration came about and what the collaboration's like?

AR: I heard one of their performances where they were singing a chant from Yoruban culture and felt like they were doing something similar to what I'm doing so I thought they'd be perfect for this project and reached out. They're mixing the Yoruban culture with their influences and I'm mixing it with mine. That's why they're singing vocals on the tune "Yemayá," which is the name of the Yoruban goddess of the sea.