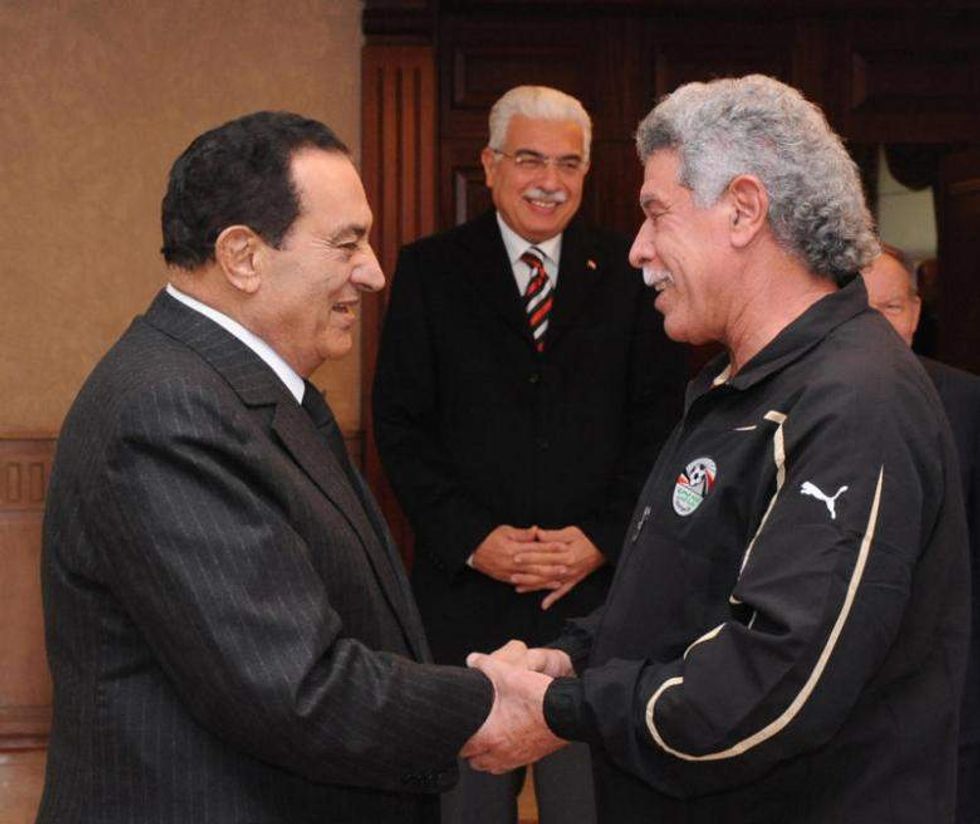 The Egyptian national soccer team's former coach, Hassan Shehata, left his post amongst criticism for his backing of former Egyptian President Hosni Mubarak, as well as his team's lackluster performance. This February, at the height of protests in Tahrir Square, Shehata publicly voiced his support for Mubarak to the dismay of fans and protesters. Interestingly enough, the Pharoahs have now hired former American coach Bob Bradley to lead their team — a move that could be indicative of broader diplomacy measures between Egypt and the US. Just saying.

Egyptian soccer has had a tumultuous season in the midst of a national uprising. A three month ban enacted to avoid protests spilling over into stadiums and recent confrontations between players and fans have taken a toll on the national team. Bradley will look to take the Pharaohs to their first World Cup since 1990.