Amu Shares The Story Behind HHP’s 'Thank You Note' 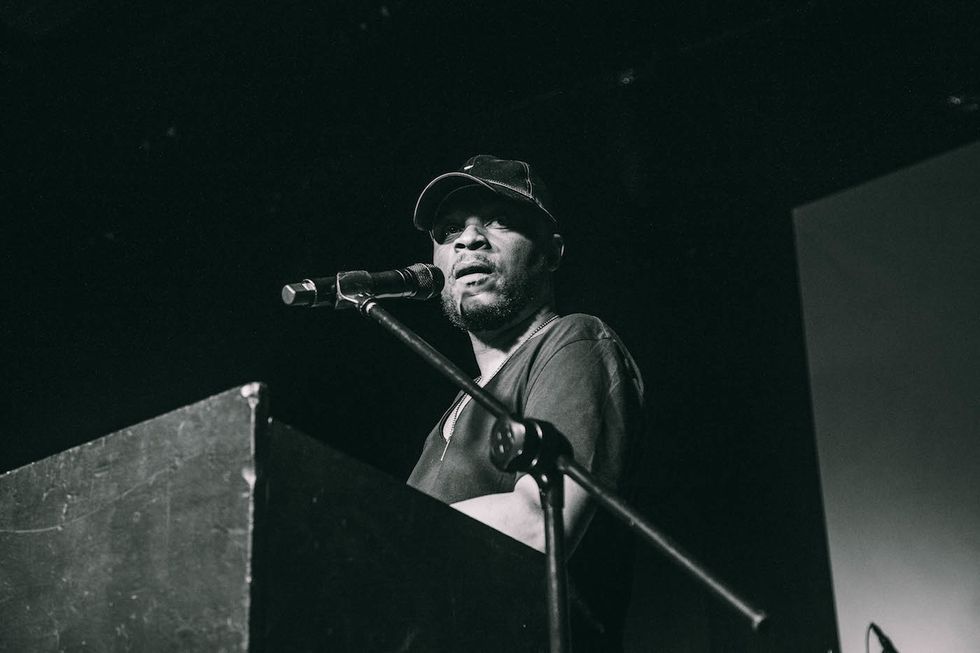 South African hip-hop legend, the rapper and producer Amu aka The Principal produced "Thank You Note," one of the most memorable songs of Jabba's extensive career. "Thank You Note" is the second song on the late rapper's 2007 album Acceptance Speech.

Even though "Thank You Note" was never made a single, it remains a cult classic among Jabba's staunch fans. The song saw the MC lacing the mellow beat by Amu with autobiographical scripts, detailing his life and career.

Speaking at Jabba's memorial service in Newtown yesterday, Amu shared a rather chilling detail about the song:

"The sad story about 'Thank You Note,' and I'm thinking about it now, we were joking saying, 'This is the song where you tell your story so we play the song when you pass away.' And hearing it now, it's crazy."

The producer shared that Jabba always came to him when he needed mellow beats for heartfelt songs. "Best believe," said Amu," this cat was one of the best to ever do it. Globally. And he was always straight with me. Every time we would work, he would say, 'I don't want hits from you, give me the emotional beats.' And it always worked."

Amu also revealed that he wasn't a fan of Jabba's early music with his high school group Verbal Assassins. "I met Jabba, I think it was 99, we didn't get along shem," Amu admitted. "I thought his crew was whack. I told them, 'You guys are too mellow.' And then years later, we did 'Gcwala' for Slikour's compilation (Ventilation Mixtape Vol. 1). And Jabba just killed everybody on that track. Abo Selwyn, abo Flabba had their lyrics ready, then Jabba came on and I remember everybody was like, 'Ah Jabba wakhawatha.' And for me, that's the memory I have of Jabba."

Amu also touched on how Jabba popularized the motswako subgenre, which was pioneered by artists such as the duo Baphixile. "I met motswako through Jabba," he said. "He told me, 'If you think I'm dope, you need to hear the kids back home.' And I'm like, 'Where are they?' He's like, 'I know Joburg is rough, so I'm just here to test the waters before I bring my boys.' And then came Thaso, Morafe, Mo Molemi, Cassper… and I'd like to thank him for that.

Jabba did indeed introduce a plethora of motswako rappers by featuring them in his albums. The first time Cassper Nyovest was heard on a mainstream level was on HHP's single "Wamo Tseba Mtho." Most motswako rappers all have a story to share about Jabba putting them on.